This year has seen rising employment numbers and an improving economy, both of which make a recruiter's job more challenging than usual. It's a job seeker's market. In many ways, the current hiring climate favors almost everyone except the recruiter and employer. Passive candidates also have an edge.

For jobs that are increasingly harder to fill, fewer active job seekers to keep the market humming can make it feel impossible to get a great match. That takes a different approach, such as sourcing for characteristics and aptitudes instead of specific qualifications.

Here are five of the top hard-to-fill positions in 2017, according to a recent report by CareerCast, what makes them so challenging for talent acquisition and what you can do about it.

General operations managers are retiring in droves. That's according to Forbes, and it's a common problem in long-standing industries. There isn't necessarily a shortage of qualified people in general, but Baby Boomers leaving the ranks are starting to create a larger deficit than new candidates can fill.

Sourcing within the company for employees with management potential is critical for keeping any management job filled. They might not always get the job, but they keep the pipeline filled with viable options. Referrals are also vital for management positions.

When the candidate pool isn't overflowing with general operations managers, Entrepreneur says recruiters should source for these and other general strengths:

Data science is an emerging field, says Forbes. As such, many colleges and universities are just beginning to offer data science majors. With fewer specialists, finding qualified candidates is challenging.

That will likely change in the future, even with a full employment economy. According to the U.S. Department of Labor, the growth outlook for all computer and information research scientists is about 11 percent, which is higher than average. But for now, there are fewer people with data science degrees and most of the best people are already taken.

Expand your search out from qualified data science candidates to include people who possess aptitudes and proficiencies that could make them a good fit. People with similar experience and who are in a degree program now are another possibility. 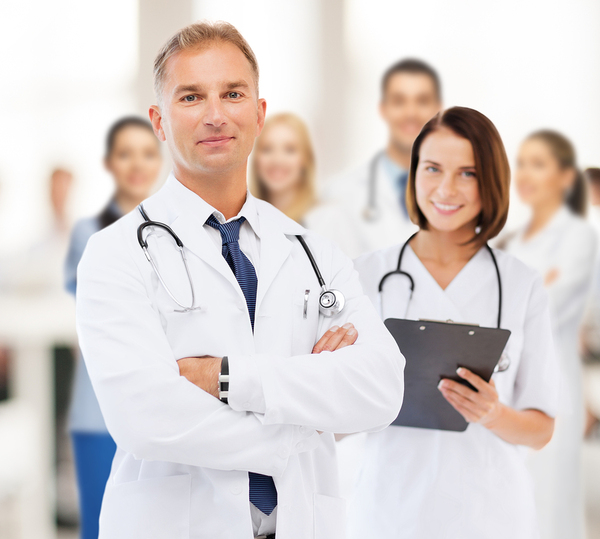 The nursing field seems almost ironic sometimes. Hardly anyone doesn't know someone who is a nurse or who is thinking about earning a nursing degree in the future. But according to Villanova University, there's a shortage now and a greater one expected in the future.

One of the biggest hurdles in nursing is the aging employee population. Nursing ''is going to be seeing a lot of vacancies now and in the near future due to retirement,'' says Forbes. This trend also affects other medical fields, such as home health aides.

Because nursing is such a high-stress job with demanding hours, employee culture is an enormous factor. Pay is somewhat competitive in most medical facilities, but culture varies dramatically.

Here are a few tips that Monster recommends:

It's difficult to find information security analysts for the same reasons that data scientist positions are hard to fill. It's an emerging field with few degree programs available. Fortunately, some colleges are starting to come around.

Forbes says the growth rate for this job is predicted to be about 18 percent over the next eight years. The demand isn't slowing down, it's outpacing the average job growth. As with data science, sourcing IT experts with information security analyst skills takes creativity. Aptitudes and proficiencies can lead you in the right direction.

That's one reason why job matching is growing into such a vital tool for both recruiters and HR specialists. This technology allows you to match jobs to each candidate by plugging in qualities that the right people have. You'll reach more potential candidates than a typical search.

Physical therapy hiring is afflicted with the same problems as nursing and many other medical professions. These industries are mature, in that they've existed long enough to have experts at every level. But baby boomers are retiring, vacancies are opening up, and the best candidates-including the youngest ones-are already working.

Physicaltherapist.com says recruiters need temper a message about what matters most with messaging about why the job matters and the employer is a great place to work. That includes buffering any issues such as salary if it's not as competitive as other practices.

If salary is a weak point, craft messaging that counters it with benefits or the workplace culture. Especially with Millennials, the ability to a difference and having a job that both matters to patients and is appreciated by the practice is a major selling point.

Most job openings are harder to fill in 2017. The improving economy and low unemployment are a double-edged sword for recruiters and hiring managers. But some jobs have additional snags that make sourcing harder than usual. Look outside the usual candidate pool, source inside the company, and let technology step in to help. That's how you can build a dynamic talent pipeline and streamline the effort to fill more challenging positions.

If you need better sourcing options, we can help. Subscribe to Recruitment ADvisor today and hear all about it with fresh content delivered regularly.

Reimagining Company Culture: Why You Should Consider Culture Adds

Getting new employees in the door is great—keeping them at your organization is even better.…

How Programmatic Recruiting Can Enhance Your Sourcing Strategy

Employers and talent acquisition specialists know that we’re in a competitive job market. With hundreds…