How do you view HR? Are you the department that fills open positions and ensures compliance with state and federal regulations? Or are you one of the critical driving forces behind the success of every team, every department and the company as a whole?

HR talent management solves company problems at every level. The strategies you develop and the people you hire set the pulse of the company. Thing is, strategies aren't free.

In a rapidly changing hiring landscape, the HR team with the most cash wins. With the budget season fast approaching, now is the time to build your case for more resources to do a better job for everyone who relies on you. When you win, so does everyone else from the C suite on down the line. Your task is to prove your worth. Here's how to get a better budget next year and use what you've got as effectively and efficiently as you can.

A Bigger Budget is Risky. Why Should Company Executives Trust Your Plan?

If you're advocating for a bigger budget to effect positive change, you'll need to prove why it's more likely to happen with your plan than without it. That's because 75 percent of change initiatives fail. It's an expensive risk that needs as much supporting evidence as you can gather.

In a 2014 Towers Watson study, researchers found that the short-term and long-term success of change projects were grim and grimmer.

Why do so many change initiatives fail? According to the study, a lack of understanding across departments plays a significant role. If HR doesn't understand high-level company goals and strategies, they're less equipped to support them on the ground in their own departmental initiatives.

This problem with understanding doesn't just flow from the executive suite down through the company. It also flows up from HR to company executives. With more people on the same page from the earliest possible stage, more people get the big picture and you're more likely to get the budget you need for the coming year.

Talent is an investment now, or at least it should be. Done right, the more you put into it the more the whole company will benefit. How can you prove that it's worth it? Business behemoths such as Google have done the legwork and put in countless hours of testing.

Your job in the close of 2017 is not necessarily to reinvent that particular wheel. It's to use the successes of those bigger companies-illustrate how change initiatives at Google and other big names worked out for them-to show what your plan can do for your company. 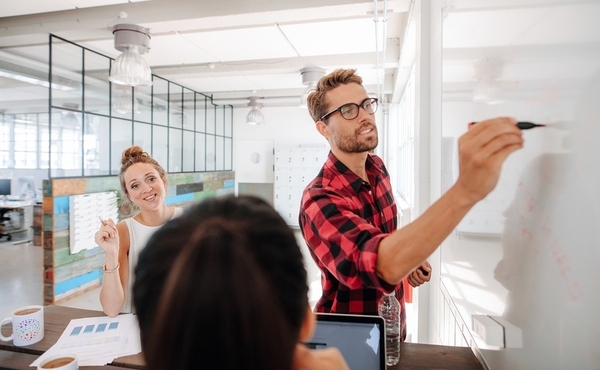 What are Your Company's Success Drivers and How Can HR Support Them?

Naturally, HR initiatives are valuable. But just how valuable is anyone's guess until you pull together those facts in concise terms.

To speak to executives in terms of value, you first have to know the value of your work. Then you have to prove it.

Talent Growth Advisors says there are five steps that help bring the finance committee onto your team.

What are the Risks of a Disappointing HR Budget?

While you're building a case for a better budget next year, don't forget to include the risks of not getting what you need. Sometimes, the negative possibilities do more to get attention than a host of positive ROI projections.

Are your closest competitors shelling out more to HR? If so, that's an important talking point. You want to do more with more, not hope for the best with less. A smaller HR budget in your company gives a hiring advantage to every competitor who spends more. That should be unacceptable.

Here are a few more ideas from Glassdoor to work with:

All of That Sounds Great, But What About Last Year's Budget?

With the race to the budgetary finish heating up, don't forget about what's left of this year's budget. Before approving more, the finance committee will probably want evidence of how well you've handled the budget they already approved last year.

What initiatives did you implement? Did they meet your expectations and fulfill your promises? Why or why not?

If you're aces at stretching the budget and getting the most from every dollar, now is the time to shine. But if the last year was problematic, all isn't lost.

Don't spend time dwelling on what might have gone wrong in 2017. Think of those issues as learning opportunities instead of failures. After all, isn't that how research works?

Google didn't arrive at their widely admired ninja-level human resources strategy by never making a mistake. Chances are, they made lots of them. If they're a dynamic company, which is obviously the case, they still do. The important thing is to learn from setbacks and show the committee how your course corrections should play out.

There's still time left in 2017, which means there's still a little jingle in the HR piggy bank for this year. Here's how you can spend it all with plenty to show for it.

Executive buy-in gives you the resources to develop a better strategy for hiring and retaining candidates. You'll need it more in the coming year since there's no indication that unemployment will change significantly in 2018.

The problem isn't an absence of need, but communicating that need to finance in ways that speak to their own goals. If a bigger and better budget is your heart's desire, start building your case now to prove why it matters not just to HR, but to the whole company.

Are you looking for more ways to hire smarter and do more with what you've got? Subscribe to Recruitment ADvisor today and we'll deliver relevant content on the regular.

Choosing A Recruitment Software Vendor That Works for You