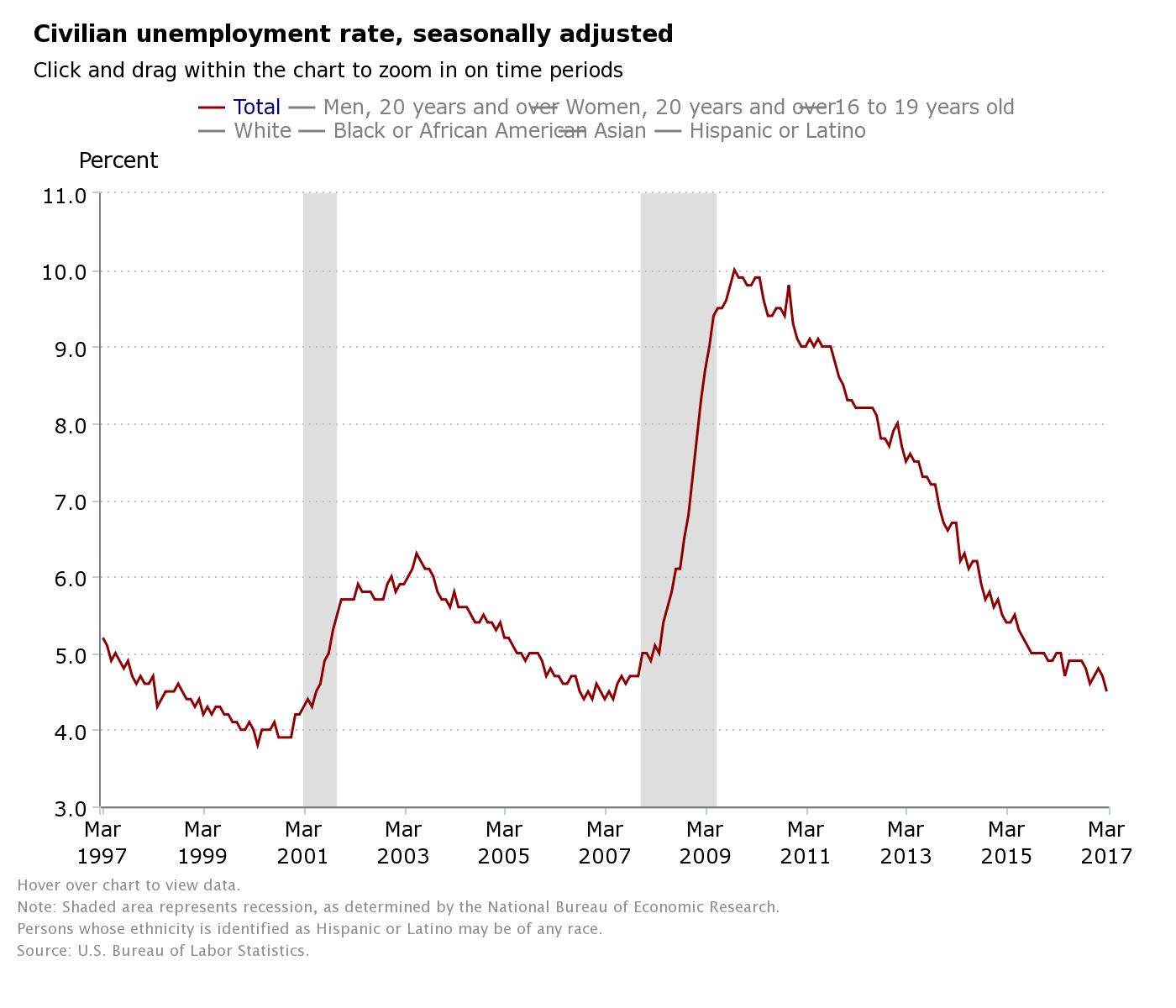 The March Jobs Report shows some interesting results. The month of March saw a decrease in unemployment to 4.5%. This is the lowest unemployment rate since May 2007, which is great news. That being said, there are pros and cons to this last month's results. Let's take a look at some of most important takeaways from March.

Overall, education continues to be an important determinant in a person's ability to find and hold a job.

JJ Kinahan, chief strategist at TD Ameritrade believes that we should dismiss the retail number as many retail stores are still trying to find a healthy balance between brick-and-mortar and online sales.

If you would like more information, check out the Jobs Report Summary.

Want more like this? Subscribe to Recruitment ADvisor and get the best news straight to your inbox!