If your candidate talent pool has only one woman, she might as well look elsewhere for a job. Regardless of bias training and other efforts to the contrary, her chance of being hired fits somewhere between slim and none.

Harvard Business Review (HBR) says workplace diversity is directly related to diversity in the talent pool. The group with the fewest people is the one that's statistically least likely to land a job, even when qualifications are off the charts. So real diversity begins with equal representation - not just any representation - from the earliest stage of talent sourcing.

RELATED: 4 Recruitment Strategies that Enhance Cultural Diversity in the Workplace

Equal Representation Balances the Odds of Being Hired

According to HBR research, the only way to shrink the representation gap in the workplace to reflect real equality is to manipulate the odds on the front end. And that's not as unfair or shocking as it might seem.

If only one woman is up against three men for a job, she won't get it. And that's accounting for comparable education, experience and other qualifications. It's only when there is an equal number of women and men that women get a fair shake.

"Nonwhite employees and women outnumber white men in the U.S. workplace by a margin greater than two to one, and women are now more likely than men to graduate from college," says HBR. And when employers use blind recruiting strategies, women are usually hired over men.

More disheartening is this bit if information. When employers are aware of gender and race, women and minorities are largely rated worse than white males. Line recruiting takes away the possibility of that bias. 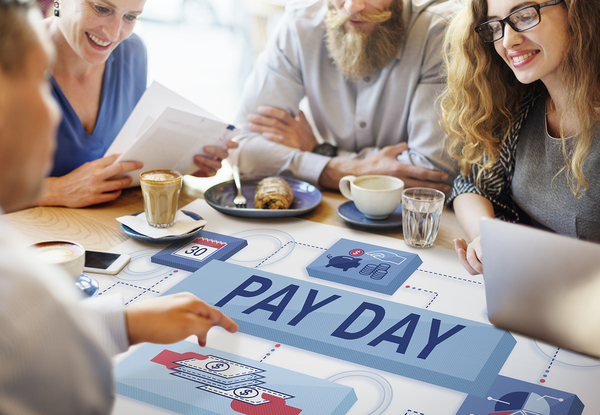 Not only do women stand less of a chance at landing a job when outnumbered by males in the candidate pool, women still earn less. According to PBS, the recent anecdotes about women's choices affecting the pay gap don't hold water.

"Employers pay women less to do the same work," says PBS. And it's really that simple. There is evidence that some women tend to apply for jobs that pay less. However, one fact remains. When a comparably qualified man and a woman work the same job in the same company, the man is much more likely to bring home a bigger paycheck.

The onus is on employers to make the changes in sourcing and pay inequalities because bias is still alive and well. And if the HBR research is to be believed, a simple way to counteract bias is to throw caution to the wind and distribute men, women and minorities equally at the candidate level. It might really be that simple.

Filling candidate slots equally among women, men and minorities might sound like stacking the deck. But the Harvard Business Review research suggests otherwise. What it seems to do is correct an inherent hiring bias. Used in conjunction with technology such as candidate matching, you're much more likely to hire the best person, not just the best man, for the job.

If you're focused on workplace diversity and the best possible hires, RealMatch can help make it a simple and easy reality.

Subscribe to Recruitment ADvisor and learn more about the topics that matter most to you.

Understanding and Taking Control of Your Recruitment Budget

Creating an annual recruiting budget can seem like an overwhelming responsibility, but it's an essential…

There have always been emerging roles, at least for as long as times have changed.…

Why Job Boards Need to Focus on Quality Applicants

Job ad posting is becoming a commodity. Borrell and Associates predict that by 2018, 72%…