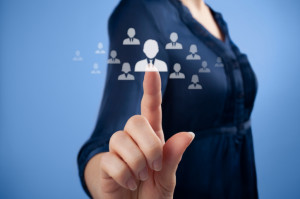 Social media is now on the front lines of the career world. Facebook alone counts for more than one-seventh of the world's population as subscribers, and savvy recruiters and job hunters alike understand the networking power that social media leans on to put the right person in the right position. If you're running a top job board, the impact that social media has on the job hunt cannot be overlooked. Learn from some of the most successful social media job promotion campaigns and the lessons that they teach.

With 120,000 employees in the U.S. alone, food and facilities management provider Sodexo is the 21st largest employer in the world. Anyone who runs a job board can take a lesson from the company's social media strategy. Their Facebook recruitment page, called Sodexo Careers - Past, Present and Future pairs advertisements for job openings with introductions by people who currently work for the company or have worked for them in the past. The company's philosophy is that an idea shared by a human being has more credibility than one shared by a corporation. This strategy applies to the firm's career Twitter account as well, where individual employees converse with individual prospects.

The United Parcel Service may be the king of the social media recruitment universe. In 2005, the company had 90 percent of their budget tied up in print media. Just five years later in 2010, they were dedicating a full 97 percent to social media. In 2012, the company was ranked among the top 50 recruiters on Twitter. Their Facebook careers page has been a remarkable tool in gaining information on their prospects' demographic stats (78 percent of their audience is between the ages of 18-44, for example) so they could further individualize their recruiting efforts on social media. Like Sodexo, UPS also incorporates actual employees in their strategy, by using Facebook to drive traffic to their blog, which is written by their workers.

CH2MHill
With 25,000 employees and just 70 internal recruiters, engineering and construction consultant CH2MHill got creative with social media out of sheer necessity. By constructing a top-notch, intuitive careers page as their home base for recruiting, they were able to incorporate all of their social media accounts directly onto that landing page. After mixed results, the company put Twitter and Facebook on the back burner and went directly to the one social network that is synonymous with careers - LinkedIn. Once they souped up their LinkedIn page with banners and links driving traffic back to their stellar careers page, they were able to maximize their recruiting efforts.

Social media is the driving force behind so much of today's job-placement strategies that both job hunters and hiring managers can't afford to ignore any of the networking platforms. While it's an evolving medium, the power of social networking is obvious, and job board publishers have to take away any lessons they can.

Not every company has the same hiring goals—and nor should they. But even when goals…

2020 was an unexpected year. The biggest trend in HR, arguably, was transitioning to remote…

Spilling All The Tea On The Candidate Experience

Years ago, I wrote a post on the power of social listening and that there…