Do you want to own a small newspaper? If so, you're apparently one of the few. Ross Connelly, owner of a longstanding, small community paper in Vermont, is ready to retire. His family has owned the print-only weekly for 30 years. And for the price of an entry fee and an essay submission, anyone could be in the running to take it over.

Connelly needed a certain number of submissions to make the transfer profitable and send him into his next venture, retirement. Unfortunately, The New York Times says the essay contest hasn't panned out like he'd hoped. Too few people have shown interest. He plans to give the contest another shot. But unless it's met with a little more enthusiasm, The Hardwick Gazette could very well fade into nearly 130 years of history.

The Little Contest That Hasn't (Yet)

In June of this year, Connelly announced his plans to transfer ownership of the rural newspaper to the winner of an essay contest. In exchange for a $175 entry fee and 400 words extolling the applicant's skills, desire and vision for the paper, each applicant would have a fair shot.

According to The Hardwick Gazette's digital page, which is devoted solely to the essay contest, "The contest winner will assume ownership of The Hardwick Gazette, the historic Main Street building where the newspaper has been published for over 100 years, and equipment and proprietary materials necessary to operate the business."

$175 is a rather small investment for a quaint, mortgage-free building and all of the newspaper accoutrement, not to mention assumption of a fully-operating and profitable business. But the contest's first run fell short. Connelly needed at least $122,500 in entry fees to cover the necessary expenses to make the transfer happen. He extended the contest through August 11 and then to September 20. 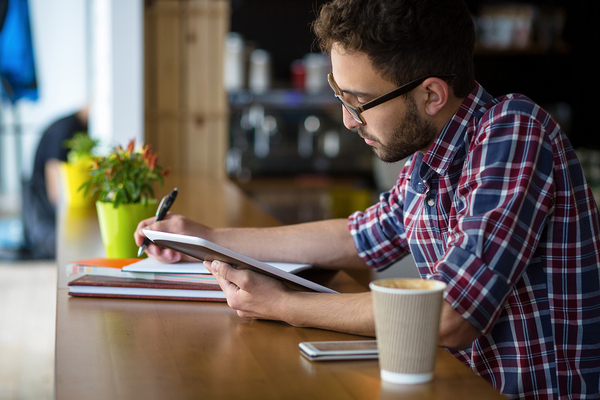 The Hardwick Gazette Remains Profitable Without the Internet

While newspapers all over the country have scrambled to figure out the digital age, Connelly stuck to his roots. He and his wife, now deceased, ran the community paper the way that they always had: through local advertising and no concerns about making digital work.

The Gazette grossed $240,000 in 2015, says Connelly. And that's strictly through print circulation numbers and local business advertising. "You have to keep going back and become a familiar face to them, and then they begin to understand that we're a local business just like they are," he said. "And if you have to spend four hours to get two ads, that's what you do."

While small, local dailies are struggling, the Hardwick Gazette is holding its own. With 10 or 12 pages of community interest content, the paper has "plenty of ads," says the Times. Relationships with local businesses, readers and the entire community are important. They're what the paper was built on.

Connelly holds no reverence for the digital age, especially social media. He thinks it's counterintuitive to the community spirit that his newspaper tries to foster. He believes in journalism and community ties.

Long hours and meager pay are part of the contest winner's bargain. But for the right person, and he has had some impressive essay entries, it could be a perfect match.

If the newspaper industry is your baby, you've come to the right place.

Subscribe to Recruitment ADvisor today and get relevant, timely articles delivered to your inbox.