Like a host of migrating sparrows, shifting and bobbing to some unknown directive, the newspaper industry has adapted and changed course again and again in an effort to capture the all-important revenue. Newer, better and smarter technology has been touted as the way to find the course home. But all of that activity comes with the price of digital fatigue, which might be changing the course yet again.

RELATED: Why Print Newspapers Are Not Hitting Rock Bottom

Readers are approaching a saturation point with digital media and its incessant pace. And some think that the next destination will be back to its original roots: print. That doesn't mean print will overtake digital. But it could mean that like so many other predictions, rumors of its death have been a little premature.

If your own annoyance with dancing pop-ups and intrusive ads that just won't die isn't enough of an indicator, the recent news headlines should be. Readers hate digital ads. So much so that ad-blocking software has become the arch nemesis of publishers. They're waging war against it.

The Washington Post, The New York Times and other major newspapers have recently instituted a gatekeeper program where readers were essentially told to disable or uninstall ad-blocking software or else be on their way. Some messages asked politely, others were more direct, but they all held firm: as long as ad blockers were operational, the user couldn't access the newspaper's digital content.

It's only fair. Digital ads mean revenue, and ad blockers are akin to pulling money out of the publication's coffer. But this leads to a new conundrum. If digital was supposed to save the newspaper industry, and if ads are necessary to fund digital, then the elimination of ads means that something is very wrong. The sparrows are changing course again. 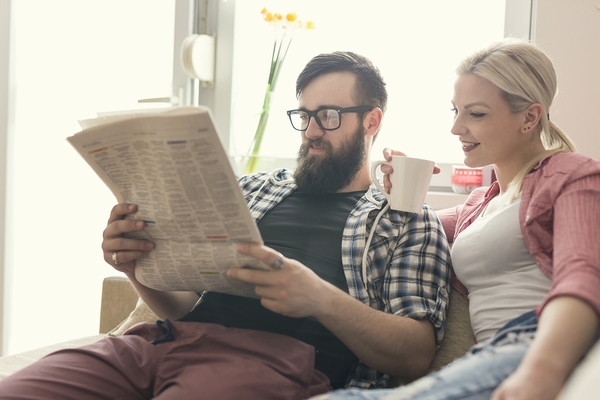 Readers are tired of the inundation of ads and the ever-increasing threats to privacy. That's not just a theory, it's shown in the way users protect privacy and curate an ad-free experience whenever possible. Where they have the opportunity to tune some of it out, they're going for it. That's why ad blockers are so popular. But at the same time, readers also crave the instant gratification novelty that the Internet offers.

The problem is apparently a result of what Tony Schwartz of The New York Times calls a "compulsion loop." Like an addict, people need more and more digital stimulation to get the same level of novelty that's craved. But after a time, the system goes into overload. Memory suffers. Digital fatigue sets in. But readers won't leave the Internet. And publishers need the Internet to reach so many readers who never pick up a print copy. Something else has to give.

Schwartz believes that while digital fatigue could very well be a shot in the arm for print, the next big tree that the swallows will light on will probably be slow journalism. The quick bites will still be available on Facebook and other outlets. It's just that newspapers won't need to compete for it. When news happens, users will still get it for free in no time flat. But for the real story, the meat and quality of the story, readers might very well come back to their old friend, newspapers. That's print and digital. Only this time, it's digital that could very well work for everyone.

Slow journalism is just what it sounds like. Instead of always racing to break news, reporters will be freer to focus on the quality of the story. Or as Paul Harvey used to say, "The rest of the story." After readers get their quick fix of headlines, they will know where to find out what's real and what's nothing but click bait produced by an upstart.

Quality, not quantity. That appears to be the newest trend. And the good news is that it might be an organic one, not just a marketing strategy. Newspapers could transform into a premium product that users actually want to buy. And if that's the case, the revenue issue could sort itself.

For more articles like this one about the current state of publishing,Subscribe to Recruitment ADvisor. We'll deliver it to your inbox regularly.