In a modern example of tenacity, Gannett has dug in its heels about a Tribune takeover. On April 12, Gannett privately offered Tribune a healthy sum of $815 million. Tribune soundly rejected the offer, taking a poison pill defense. Gannett then sweetened the deal to $865 million, and still Tribune refused. The former is brimming with steely determination. The latter insists it's not going to happen. And the climate is just right for a lawsuit.

RELATED: Why So Many Newspapers are Being Bought and Sold in 2016

Some shareholders aren't thrilled with controlling shareholder, Michael Ferro's decision making as of late. Equally questionable is the recent switch from Tribune Publishing to deliberately lowercase "tronc." What's happening at Tribune or tronc? It all seems a little strange to outsiders as well as those with a substantial interest in the outcome.

Tribune shareholders aren't universally supportive of Ferro's continued resistance to the Gannett takeover. Just shy of half of the possible voters - 49 percent - withheld theirs in the recent Tribune board of directors vote, according to the New York Post.

Rejuvenated by the signs of a possible mutiny, Gannett is leaving the offer on the table and is considering beefing it up to even more than the current $15 per share. Conversely, Politico reports that in May, Ferro expressed plans to bid on Gannett. Of course, that hasn't panned out.

The Publisher Formerly Known as Tribune

In a move that many sources are calling nothing short of odd, Tribune recently changed its name to tronc, Inc., and shifted from the NYSE to Nasdaq. Their new moniker is short for Tribune Online Content, with "newspaper" conspicuously absent. There's no explanation for why tronc is lowercase, but their June 2 press release says the rebranding "represents the manner in which we will pool our technology and content resources to execute on our strategy."

The tronc plans include a business transformation that would "increase transparency and drive corporate focus," launch a content curation and monetization engine called troncX (which sounds very 1990s), and partner with a new board of directors member, Dr. Patrick Soon-Shiong. 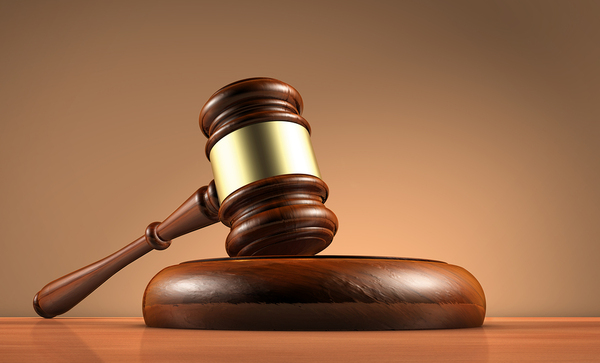 Several parties are believed to have ample reason to sue Ferro and the board of directors.

A Lawsuit Could Force the Deal

Interested parties and mere observers have mused about more than just the unconventional new name that Tribune chose. They've expected to see a lawsuit. They were right. Some wondered whether Gannett would be the one to file. Some thought shareholders would take the lead, and that's what has happened.

Capital Structures Realty Advisors filed suit in Delaware asserting that Ferro et al were "guilty of breaching their fiduciary duty to shareholders of Tribune by rejecting the Gannett offer," according to Fortune. The lawsuit seeks to "block the sale of an almost 13% stake in Tribune to Dr. Patrick Soon-Shiong," according to the Wall Street Journal. The sale "was done to entrench the control of the board in Mr. Ferro's hands. Dr. Soon-Shiong was named as a defendant for allegedly assisting in the directors' breach of fiduciary duties," the suit reads, in part.

It's anyone's guess, how the Gannett/Tribune feud will eventually turn out. Shareholders were mostly quiet in the beginning, but they're clearly starting to lose patience with Ferro's refusal to consider Gannett's generous offer. At the same time, Ferro's vision for the company is viewed as both a radical departure that might have merit and possibly another stalling tactic.

Gannett has made no secret about the fact that it values Tribune's properties. Question is, are they valuable enough to hold the newspaper giant's attention for much longer.

If the topsy-turvy business of newspaper publishing is on your radar, subscribe to Recruitment ADvisor today. We'll usher the latest content directly to your inbox.

Anyone can create an online publication. For just a few dollars and with minimal technical…

For newspapers struggling to survive in a declining industry, audience development has often been put…

How Copyright Laws are Vital for the Future of Newspapers

Almost every day, members of the White House Press Corps challenge the press secretary about…