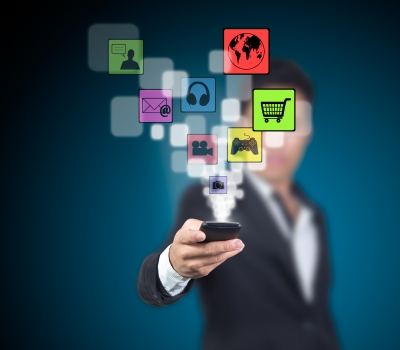 "The dogmas of the quiet past are inadequate to the stormy present. The occasion is piled high with difficulty, and we must rise...with the occasion. As our case is new, so we must think anew, and act anew." This quote is as relevant with regard to media in the digital age as it was when President Abraham Lincoln said it in an address to the wartime Congress of 1862.

More than one person predicted the death of newspapers as we knew them at the dawn of the digital age, including veteran journalist Chuck Taylor. As Taylor predicted in a 1993 memo, space is not a problem with digital news, deadlines are indeed "right now," and Taylor's statement that "If we don't somebody else will" has been borne out by the events of the past 20 years.

Even before the internet, newspaper readership declined as people consumed more news from television. But the changes that followed internet saturation were more fundamental and more disruptive to delivery of every type of information: The gatekeepers are gone. Asked to name the biggest change the internet brought to newsrooms, former McClatchey vice president Howard Weaver replied that the ability to distribute information "exploded exponentially." Gatekeepers, said Weaver, could remain at the gates, but they were going to look rather stupid considering that all the fences had come down.

What (Some) Newspapers Got Right

Newspapers that have survived the digital revolution are the ones that embraced the changes brought by the internet even if they didn't always like them. The top-down model of journalism doesn't work anymore, and audience development is far different than it used to be. As Chuck Taylor said, "We better listen to our audience. And we can't listen if we aren't electronically interactive ourselves."

The newspapers that have succeeded were the ones who faced the erosion of existing revenue streams and staked out new revenue development opportunities that emerged with the digital revolution. The business model is still changing, and probably no newspaper has figured out conclusively what the new business model for newspapers will be, but the newspapers that have struggled least were the ones that stopped clinging to advertising as their primary revenue source.

What Newspapers Got Wrong

Newspapers that insisted on clinging to the "editor as God" top-down vetting of information have suffered. People want the information they want, and even with the most basic internet skills, they can find it. No longer do people implicitly trust a particular newspaper to filter their information for them.

Another thing many newspapers got wrong was the merging of text and video. As Taylor said back in 1993, "At some point, as the receiving technologies of the two forms become the same miniature computer, it will make sense for video and written journalists to merge their newsrooms and coordinate content." Video may not yet be a meaningful revenue engine, but it's certainly not going away. People who will take five minutes out of their day to watch cats riding around on a Roomba want video when major world events take place.

What Today's Publishers Can Take Away

Technology from the year 2033 will probably be as different from today's as today's is from the technology of 1993. While accepting technological advances is critical, some aspects of journalism remain timeless and apply to other types of information. Said Weaver, "[T]omorrow's information order will be rooted in the traditions and disciplines of our best journalism; that high-quality news is simply more valuable than unverified or casually accumulated information."

Great writing matters and always will. The platforms for delivering great content are constantly changing, and trying to stop those changes is futile. In the earliest days of the digital transition, some in the newspaper business responded to the changes by trying to get legislative restrictions against emerging electronic competition. You can see for yourself how well that worked out.

The overall lesson of the past 20 years in media is that content creators must do two things: Embrace technology, because it will continue to evolve, but more importantly, embrace quality, because demand for high quality content will never go away regardless of technology.

If your organization is building a solid digital strategy and exploring revenue opportunities, RealMatch invites you to explore recruitment advertising solutions for media companies and digital publishers, the perfect partner in your pathway to online success.