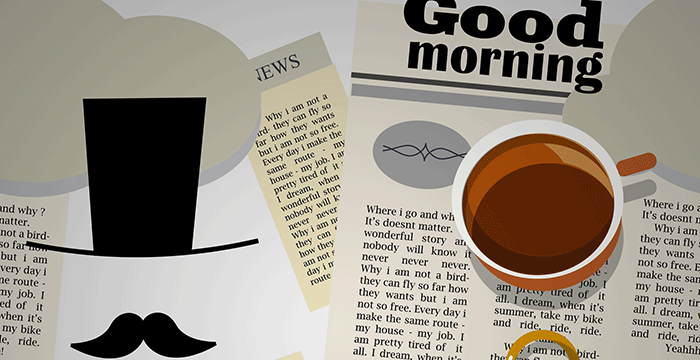 The newspaper industry used to have a stranglehold on the distribution of information in the United States that not even television seemed to be able to break. But as digital publishing gains momentum, it is starting to look like the old ways of delivering the news are on the verge of being replaced.

But the standard news outlets that have spent the better part of a century establishing their brand names are not going quietly. There is confidence among many newspaper publishers that, with the right type of rebranding process, newspapers can go toe-to-toe with the new digital media and even prosper over time.

SEE ALSO: How to Make Your Newspaper Brand Stronger

Why Rebrand A Classic Industry?

The simple reason that the newspaper industry must rebrand itself is to compete with the digital publishers. Mark Jurkowitz is the associate director the Pew Research Center's Project for Excellence in Journalism and in a Skyword interview Jurkowitz said that the signs of the classic newspaper industry's decline are there. Advertising revenue is down and many dailies are now only coming out three or four days a week or, even worse, are converting to weeklies.

In order to survive, the newspaper industry must shed its image as a lumbering dinosaur and find ways to compete on the information superhighway. The New York Times was a proactive member of the standard media that has already overhauled its own website and brought its digital presentation into the modern era. But there are other things newspapers need to do if they want to survive.

The Tactics Being Used To Rebrand The Media

Aside from redesigning their websites, newspapers are also shedding the images that still associate them with the old days of print news distribution. According to NetNewsCheck.com, many newspapers are selling their old buildings and moving into more modern office spaces. Some standard papers are even integrating modern business practices, such as the open office layout, into their business models to generate the feel of being more progressive.

Newspapers Need To Capitalize On What They Do Well

No matter what a new blog or digital media outlet does, it is still utilizing the news reporting methods developed by the newspaper industry. The idea that reporting the news is still important has helped standard newspapers to take up the mantle of preserving good reporting by offering quality, digital products. Reporting is something that the standard newspapers have always done well and they are finding ways to capitalize on their expertise in competing with other outlets.

The other thing that newspapers do well is report on local news. Many local newspapers are thriving because of their ability to integrate a dynamic web presence with their print editions. Local news is still the domain of the newspapers and the standard publishers are not about to let that go any time soon.

The standard newspapers such as the New York Times and Boston Globe are feeling the heat from their Internet competition. But the mainstream media is fighting back and it looks like these news icons still have plenty of high-tech tricks up their sleeves.

In March 2011, The New York Times rolled out its online subscription model, the paywall.…

When it comes to making a purchasing decision, more and more people are turning to…

The digital paywall has been a point of contention with online publishers. What's the best…