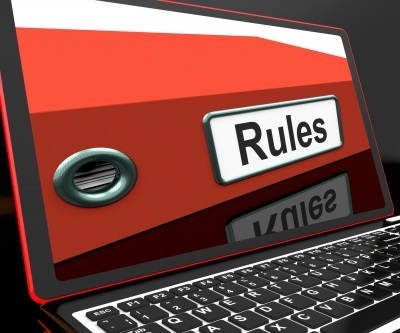 In today's news climate breaking news often appears on Twitter before going through any formal editorial processing. When non-journalists Tweet about breaking news they're experiencing, people see it as an individual account, understanding the limitations that go with that.

In 2011, NPR senior digital media strategist Andy Carvin turned his Twitter account into a breaking news wire about the Arab Spring protests. He sought out voices of those who were there and shared information in almost real time. Many of his 400-plus Twitter posts per day were unconfirmed comments from protesters. These Tweets were preceded by the word "Source?" to indicate that he was in the process of fact checking and to make it clear that he wasn't posting sourced information. Some of Carvin's Twitter followers stepped in to translate comments and research information further, and many of those followers were journalists. Carver's actions earned him accolades and can be seen as an example of breaking news on Twitter done well.

Here are policies for breaking news on social media from major news outlets:

Your social media policy on breaking news is influenced by numerous factors, but you generally have three options:

1. Feeding the information beast at the possible expense of journalistic integrity. Many celebrity news websites go this route because their primary goal is acquiring page views.

2. Sacrificing breaking news traffic for higher journalistic standards. Print publications like The New Yorker consider themselves to be the source audiences seek for analysis after the dust settles rather than as events unfold.

3. Adopting a hybrid approach by pursuing real-time relevance while minimizing threats to journalistic integrity. These organizations use of social media, but with some journalistic filtering and labeling of information that is not clearly sourced.

When you allow employees to break news on social media, instruct them to include links to your website, and clearly label items that are sketchily sourced. When you have a breaking story with heavy deadline pressure, it's tempting to grab details from a subject's Facebook page and post it, but this is very risky. While culling such information about public figures may be acceptable, it should never be done with certain social media accounts, like those of minors. Discuss these issues with your journalists, and revisit the topic regularly as social media evolves and potential problems come to light. Breaking news stories on social media can be done well, but it requires vigilance and commitment to journalistic integrity.

RealMatch offers recruitment advertising solutions for media companies and digital publishers. If your digital news website is interested in diversifying revenue streams, we invite you to explore this exciting opportunity.