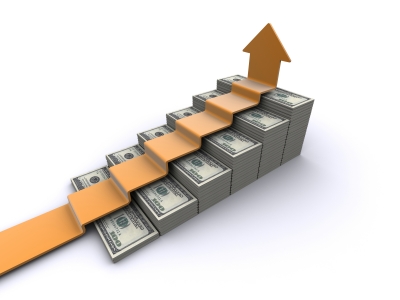 As of March 2013, investor Warren Buffett had a net worth of 53.5 billion dollars. One thing Buffett has done very successfully in the past is zigging when other investors zag. He has bought into distressed industries at bargain prices, and has tended to avoid "hot" industries, famously ignoring the late 1990s tech bubble.

Warren Buffett's history with newspapers goes way back. The 82-year-old, like many teens in post-war America, had a bicycle paper route. In 1977, he bought The Buffalo News, and around the same time bought into The Washington Post, where he is currently the largest shareholder. Since 2012, Buffett's Company, Berkshire Hathaway, has greatly expanded its newspaper investments, though newspapers continue to struggle financially.

What Buffett Said During the Worst of the Recession

During the worst of the economic downturn that started in 2008, Warren Buffett was not optimistic about the newspaper industry. In 2009, he said, "For most newspapers in the United States, we would not buy them at any price. They have the possibility of going to just unending losses." But things have changed, and Buffett has changed his mind about the future of newspapers. Is it because the industry has finally hit bottom and has nowhere to go but up? What has influenced Warren Buffett's change of heart about newspapers?

When and Why Buffett Became Bullish on Newspapers

In 2012, Buffett spent $200 million on the Omaha World-Herald, his hometown paper, which some analysts labeled a "sentimental" choice. But Buffett is not known for sentimental investments. That year he also paid $142 million for the Media General chain of 63 newspapers, and invested $2 million into Lee Enterprises, which owns the Arizona Daily Sun and the St. Louis Post Dispatch. Why these papers, and why now?

What these papers have in common is that they are mid-range dailies hit hard by both the recession and the digital shift occurring at roughly the same time. Huge papers like The New York Times have suffered, but were never expected to go under. Small-town papers were less affected by the economic downturn and the digital shift because they provide very localized information that isn't as easy to obtain online.

The reason Warren Buffett is bullish on the mid-sized papers he bought is their strong link to their local communities: "I believe newspapers that intensively cover their communities will have a good future..." he said in June 2012. When announcing the Media General purchase, Buffett said, "In towns and cities where there is a strong sense of community, there is no more important institution than the local paper. The many locales served by the newspapers we are acquiring fall firmly in this mold, and we are delighted they have found a permanent home with Berkshire Hathaway."

Where Buffett and Other Experts Believe the Industry Is Headed

Things have changed since 2008-2009. Some paywall experiments are paying off, and as for his "sentimental" purchase of the Omaha World-Herald, Berkshire Hathaway said plainly that it "delivers solid profits and is one of the best-run papers in America." The newspaper business model has had no choice but to change, and as those changes take hold, papers are finding new ways to be profitable. In 2011, The New York Times reported a 73% increase in circulation, mostly digital. The Orange County Register, another paper that got creative with its paywall, reported a 53% rise in daily circulation.

While the continuing shift away from print toward digital delivery might one day lead to the end of printed newspapers, analysts believe news production itself will ultimately thrive in the digital world. Warren Buffett's recent investments in newspapers show he shares this confidence in the future of newspapers.

If you're a newspaper working on digital revenue development for your website, RealMatch invites you to check out its recruitment advertising solutions for media companies and digital publishers. Revenue models are changing, and custom job board software is one way that savvy digital publishers are making the most of the opportunities offered by the digital publishing world.