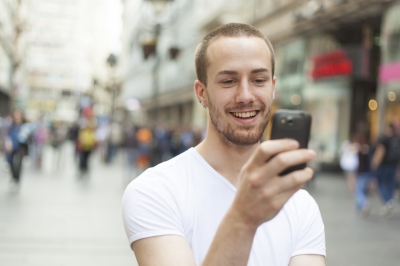 Few things make a boring wait at the DMV more tolerable than Buzzfeed's phone app. On it is an endless supply of funny and thought-provoking content. You're not likely to run out of funny dog GIFs on Buzzfeed before your number is called. Yet powering it all is a data-driven system to encourage viral sharing, and it's paid for by sponsors who are impressed by Buzzfeed's grasp of virality.

On the phone app, some articles are highlighted in yellow and include the name of a sponsor at the bottom, along with the word "PARTNER" in the lower right corner. On the site, sponsored content has "PRESENTED BY," the name and logo of the sponsor, and the words "FEATURED PARTNER." Sponsored posts are nearly identical to other posts, except that they contain a mention or two of the sponsor's product and a picture of it incorporated into the subject matter. The sponsored posts are written by Buzzfeed writers.

For Buzzfeed, the High Quality vs. Low Quality Trumps Editorial vs. Advertising

Buzzfeed founder Jonah Peretti thinks that the 20th century model of media treating advertising as a necessary evil resulted in major restrictions on how things were done. His major concern is whether a post (sponsored or not) gains traction. He told New York magazine, "Some editoral content sucks, some ads are awesome," and believes that is ultimately more important to the consumers of the content than whether it is editorial or advertiser sponsored. Furthermore, Buzzfeed's writers of sponsored content are not relegated to second class status, and Peretti considers them as critical to the site's success as those writing the hard news and the extremely popular fluff pieces.

On Buzzfeed, Sponsors Pay for the Potential for Virality

Buzzfeed doesn't use banner advertising, but has succeeded because of sponsors who are buying the possibility of their sponsored posts becoming viral. While virality is Buzzfeed's bread and butter, it's not the only thing that sponsors are looking for. Many sponsors are looking for sites that have developed audiences that are a good fit for the products or services they sell. For example, a sponsor that makes multimeters and similar tools may look for a trade website for instrument technicians and sponsor content there because of the highly targeted audience.

When sponsors step out of the way and let content producers do what they do, they can avoid a lot of the stigma attached to a sales message. People may find the occasional ad to be hilarious or aesthetically pleasing, but the mindset of people hating advertising is still quite entrenched. After all, there's a constant arms race between advertisers and those who create technologies to circumvent it, like video skipping and ad blocking. When sponsored content is clearly indicated as such, yet written by real content creators rather than the sponsor, people are open to experiencing it simply as content rather than feeling as if they're reading a long-form advertisement.

Is Buzzfeed the future of sponsored content? In a sense they are, because that's how they pay their bills. The standard that Buzzfeed aims for is that for every 10 views an advertiser pays for, it should get at least two social shares. The median number of shares per 10 paid views is actually more like three, and Virgin Mobile has a paid view to share ratio of around 1:1.

But Buzzfeed isn't the entire future of sponsored content, because not all sponsors are looking for Buzzfeed's expertise in making things go viral. Some sponsors offer sponsorships based on other factors, like a site's having the perfect audience for their particular products.

A Guide to Using Twitter to Increase Audience Engagement

Many businesses don't know how to use Twitter to achieve their promotional goals. They compare…

My cousin wanted to advertise a new snack that his startup company had just developed.…