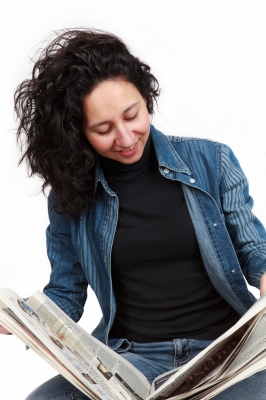 In 2006, The Economist started investigating exactly who "killed newspapers." Since then, many newspapers' woes have only gotten worse as print advertising has dropped and readers have shifted their attention to online news. In 2012, newspaper revenue dropped by $34 billion in the United States, taking revenues to about half what they were in the year 2000. Yet some analysts say that things are looking up for the newspaper industry.

What gives? The one truth that everyone can agree upon is that the news business is changing, like it or not. Here is some insight into what industry experts are predicting for the newspaper industry in 2013.

Prediction: Things Will Get Better

Gordon Borrell, former newspaper reporter, digital advertising analyst, and CEO of Borrell Associates predicts that print revenue will rise by 0.5 percent in 2013, and that most of this growth will come from small newspapers. Borrell has been predicting the resurgence of newspapers for a couple of years now, going completely against the conventional wisdom. Said Borrell to NetNewsCheck, "At the time-even until earlier this year-people thought we were nuts." Borrell thinks that most markets will see online ad revenues jump by 30 percent in 2013 due to an increase in targeted banner ads and video ads.

Other positive signs for the newspaper industry in 2013 include rises in stock prices for major newspapers including the New York Times Company, Gannett, and McClatchy. Furthermore, last May, Berkshire Hathaway bought several local papers from Media General, and many people see Warren Buffett's blessing as a sure sign that things are looking up.

Prediction: Things Will Get Worse

Newspapers are still shutting down, including some that have made a transition from print to web. The harshest environment currently is Europe, where newspaper saturation is more thorough than in the US. Spain's leading newspaper, El Pais, recently laid off one-third of its staff, and reluctance of many European papers to put up paywalls has hurt as well. Here are some ugly numbers about the newspaper industry currently:

Mobile advertising has not developed sufficiently for experts to know if it will help. Media analyst Frederic Filloux said last December, ''Mobile audiences are large and growing. Great. But their monetization is mostly a disaster... so where do we go from here?'' John Puchalla, a vice president with rating agency Moody's echoes the sentiment: "Revenue declines are relentless, and industry efforts to grow the digital business and reduce costs are not sufficient to offset pricing pressure and print volume losses."

Some analysts say that the bad and the good will mostly offset each other in 2013, and that it won't be a year of major improvement or decline. Circulation revenues for The New York Times in 2013 are forecast to make up for the decline in advertising for the first time in half a decade. Gordon Borrell sees newspapers as being in a situation similar to that of the 1950s when television started taking attention from radio. When TV ascended, advertisers fled radio, but within several years, many returned and radio ad revenues rebounded.

What does It Mean?

Mostly it means that, as Earl Wilkinson, executive director of the International News Media Association, put it, the industry is transforming and the new norm will be ''a print + digital dynamic'' for the foreseeable future. Rasmus Kleis Nielsen, Danish media scholar, believes we're still at the beginning of the full-on digital transition, saying, "The direction of travel is clearly toward 'new' media, but 'old' media are still very much with us and do not appear to be about to disappear wholesale." Expect paywalls to become more widespread as more readers accept them. When content is unique and valuable, paywalls will become more tolerated, and this is likely to happen in 2013.

If you're a print publisher, the importance of your digital strategy cannot be overstated. Business models will need to change, and new revenue streams will need to be developed. Recruitment advertising can be a very promising part of your digital monetization strategy. At RealMatch, we help publishers make the digital transition successfully, with recruitment advertising solutions that increase traffic and revenues.