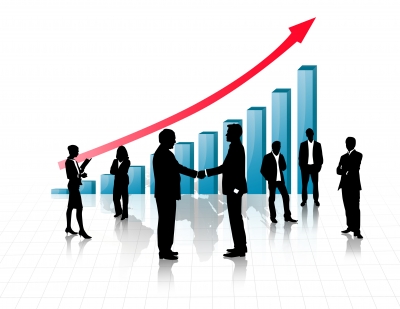 Smart digital publishers continually look for ways to expand their audiences, and one way of doing that is by partnering with other publishers. There's no single ''right'' way that publisher partnerships are done. In many cases, no money changes hands between publisher partners, but partners benefit by exposing their content to many more readers.

News aggregators that have publisher partnerships may or may not have third party ads, and some publishers aren't keen on the idea of partnerships in the first place. For example, The Economist was not happy about having its content aggregated on Flipboard. ''They didn't ask me (to include our content) and, if they had, I'd probably have said 'no','' said The Economist CEO Andrew Rashbass to paidcontent.org. ''It's not a creative re-imagining in some way; it's a head-on competitor."

However, attitudes are constantly shifting, says Roman Karachinsky, CEO of News360, and they're increasingly shifting toward working with rather than against aggregators. He told The Guardian, "You often have digital and editorial people really looking for discovery methods, trying to find new ways to get content out there by experimenting and trying new things. But then the business and legal side might be really conservative, concerned about keeping rights protected ... If you're just a free aggregator, at this point most sources are fine because you're driving traffic. As soon as you charge, though, people come to you saying 'you're earning money, where's our share?' and the trouble begins.

Following are 5 publisher partnerships that may surprise you.

Starpulse.com is one of the biggest entertainment sites in the US, curating and managing over 2.5 million celebrity-related topics and organizing them into channels and microsites.

Geni.com is a genealogy site that helps people trace their lineage. Geni also publishes content as a partner on Starpulse, taking advantage of the entertainment site's huge reach.

Zite, which was recently purchased by CNN, calls itself a "discovery engine," which it defines as "a place where users can go to find interesting articles that are personalized to a user's particular needs/wants." Zite partners with a number of news sites, including FoxSports and HuffingtonPost. It also recently announced a partnership with GigaOM, one of the most important tech sites in the world.

Buzzfeed is where you'll find funny photobombs, lists of things you might never have considered (15 Drop Dead Gorgeous Cemeteries from Around the World), and all things fluffy and cute. Dealbreaker is a Wall Street news site about the financial industry. It may seem an odd pairing, but it stands to reason that a Wall Street site knows a hot prospect when it sees one.

Publishing partnerships are emerging in many segments of web publishing. Perhaps it's something your news or trade publication website should consider, too.