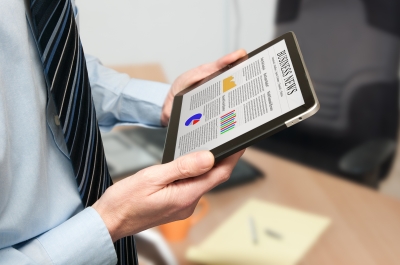 Every digital publisher wants to monetize traffic to support revenue development. Today, rather than only considering monetizing the desktop version of the website, however, publishers need to monetize mobile traffic as well.

Some of the same principles carry over from desktop monetization to mobile monetization, but mobile has its own peculiarities and monetization has to be a bit more fine-tuned.

Is monetizing mobile traffic worthwhile for digital publishers? Yes. Hearst magazines has benefited from mobile traffic, reporting that mobile pageviews jumped 74% on average in the first month after launching mobile apps for their magazines. How can publishers monetize traffic that comes from mobile devices? There are several ways, ranging from the traditional to the unusual. Here are five ways mobile apps can monetize your traffic.

Mobile advertising is still relatively new, and ad spending for apps hasn't kept pace with the heavy use that most mobile devices get. If you want to monetize traffic, your advertising strategy should include advertising on your mobile site or app. But you have to remember that banner ads aren't practical for mobile devices due to limited real estate on smaller screens. Some publishers cope by embedding ads deeper into its products. Consider Buzzfeed's mobile app. Sponsored stories are part of the overall news feed, and are designed to be minimally disruptive to the content consumption experience.

This type of advertising is still relatively experimental. Some ad networks, like JiWire, use the GPS capabilities of mobile devices in order to serve up ads corresponding to a user's location. Geographically targeted ads are in various stages of roll-out from big companies like Foursquare, Twitter, and Google, which should bring this type of advertising into the mainstream. Google's approach, for example, is to place ads in its Maps app when a user performs a search. If you search for a Greek restaurant and you're in Chicago, you're likely to see an ad for a nearby café beneath the map.

These are apps that cost consumers a few dollars and that are marketed to wide audiences. InStyle magazine, for example, created a $5.99 hair styling app for the iPad. This type of mass market app is usually a novelty app or game, and helps publishers monetize traffic from mobile devices through high volume and low price. The main problem with selling a mass market app is that there is a lot of competition, so you have to plan carefully and be prepared to market it heavily.

This type of app can work for trade publication and industry websites. The market is smaller, but if the niche app is useful, people are willing to pay for it. At the lower end of the niche app price range ($24.99), you have apps like iTeleport, which is a remote desktop app that allows access to multiple computers from a mobile device. It's the sort of app that would appeal to the independent IT services provider. Another example is the Multistate Bar Exam Course ($99.99), which contains audio lectures, books, sample questions and explanations of answers. To make this type of app succeed, you need a devoted, enthusiastic niche audience that won't mind paying a premium for an app that provides a significant benefit.

You don't see a lot of sponsored apps right now, but you may see this market grow soon. They're similar to ad-supported apps, but rather than using an intermediary advertising network, you have an advertiser sponsor the app, with greater control over the type of ad, its placement, and how frequently it is served up. This type of app may work best with special interests or events. For example, if an industry convention is coming up, you could ask a key advertiser to sponsor an app attendees can use to maximize their convention experience through maps, schedules, and reminders of events participants don't want to miss. Selling a sponsorship may not be easy, but it could provide a great service and make both your site and the sponsor shine.

When you want to monetize traffic, you have to consider both desktop and mobile traffic. Monetizing mobile traffic is a newer ballgame, and people are still figuring it out. However, there are several classes of apps that can be monetized, and there are ways of using advertising on mobile devices that don't disrupt the user's mobile content experience. RealMatch offers recruitment advertising solutions for digital publishers and media companies that are designed to monetize traffic for both the desktop and the mobile experience, with no programming or app development effort required.