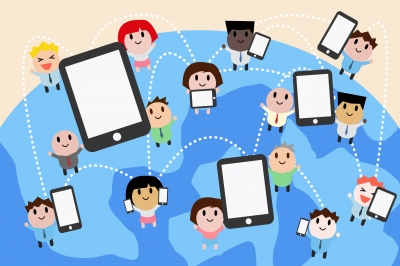 Building a strong Twitter audience, like most worthwhile endeavors, requires a long-term commitment. While occasionally a Tweet may catch the public's eye and draw multiple new followers quickly, you shouldn't count on this for building up your all-important network. Researchers from the Georgia Institute of Technology found that there are simple measures anyone can take that can increase followers and bolster your overall social media sharing strategy.

The Georgia Tech researchers reported that popular Tweets tend to have these three qualities:

In regard to the third point , researchers noted that because the Twitter network is made up of so-called weak social ties, you're generally better off refraining from posting about yourself and concentrating instead on posting useful information. Here are 10 more tips on building your Twitter audience:

1. Cover the basics and write a good Twitter bio, have a good profile photo, and make sure Tweets are available publicly.

2. Study the characteristics of popular Tweets (humor, news, sports, and inspiration tend to do well). Spend a little time every day reading Tweets and noting what makes you want to re-Tweet. See if you can find common threads, and if so, try to incorporate them into your own Tweets.

3. If possible, make Tweets shorter than 140 characters so re-Tweeters can add to them.

4. Tweet at least five times per day. You can write Tweets in one session and then schedule them in advance using tools like Hoot Suite or TweetDeck.

5. Search out relevant Tweeters and follow them. Also follow people back when they follow you. Learn to use Twitter's search function to find Tweeters relevant to your trade.

6. Use hashtags judiciously. Hashtags are made up of a single word or phrase beginning with the "#" symbol, with no punctuation or spaces. When you click on a hashtag, you're taken to a search featuring Tweets using the same hashtag. They have become a way to participate in global conversations. Adding the right hashtag to your Tweet helps get your message to your followers and others who are engaged in the conversation surrounding the hashtag. Only rarely would you use more than one hashtag in a Tweet and, if you're making a hashtag, it should be the most important word representing your Tweet's overall theme.

Related:  The Future of Diversity, Equity and Inclusion Report 2021

7. Cross-promote using Facebook, LinkedIn, and your company's blog, and use services like Twiends to seek out followers and help potential followers find you. Signing up for Twiends is free, and it can be used as an effective tool to find people in your trade or interested in your products and services.

8. Display your Twitter handle on email signatures, business cards, and store windows, and be sure to put Twitter's social media sharing button alongside every blog post.

9. Consider occasionally mentioning your location in a positive way ("It's a beautiful spring day here in Fairview."). You may pick up local followers who could be useful to you or who may be interested in your products or services.

10. Don't be afraid to mention individuals by name in your Tweets. People like being mentioned by name (as long as it's in a positive light), and will often re-Tweet or follow you back if they're not already following you.

Having a Tweet go viral and gaining a huge boost in followers overnight can happen, but you shouldn't count on it as part of your strategy. Like your company's overall professional network, a strong, effective Twitter network takes time to build and should be tended as you would a particularly valuable garden. Neglect your Twitter network and you'll find little more than weeds when you go back into it.

Diversity and inclusivity are among the most important goals for any organization right now. Still,…