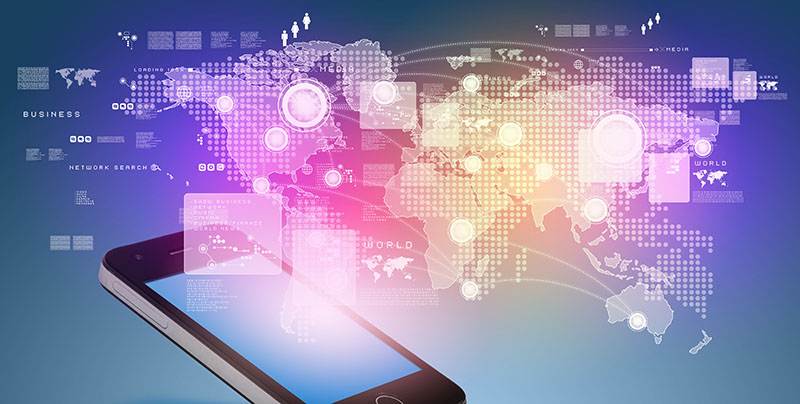 Whether you're a publisher or an advertiser, engaging your audience is essential. If you're an advertiser, you want to place ads where your target audience sees them in hopes they will be moved to make a purchase. If you're a digital publisher, engaging your audience via compelling, original content helps you develop revenue streams like e-commerce, advertising, and custom job boards. Augmented reality, or AR, is a growing phenomenon that can help address these needs for both advertisers and publishers.

With AR, an advertisement or piece of content is augmented with computer-generated video, sound, or games, typically accessed through a smartphone or tablet. An advertiser may use AR to demonstrate how a product is used, or to offer consumers a game related to their product. A publisher may use AR to allow readers to access additional content, such as a multimedia presentation. It's another way to make print or text interactive and improve the consumer experience.

Juniper Research predicts that AR app downloads, subscriptions, and advertising will be a $1.5 billion global industry by 2015. To put that into perspective, in 2010, augmented reality brought in less than $2 million globally. Here's what you should know about this potential game changer.

The power of AR lies in its ability to increase audience engagement. Since AR is interactive, it can reach target customers in new ways using their mobile devices. AR advertising can also allow brands to deliver very precisely targeted advertising messages, since the messages are delivered right to people who request them by scanning a code or pointing their device at a particular image, whether on a sign, page of print, or billboard. Furthermore, it can be used by local businesses to place geographically targeted ads that can encourage people to visit businesses in their immediate vicinity. You can see for yourself some of the most compelling AR campaigns of 2012 in this blog post by Simply Zesty.

As its name suggests, AR augments traditional advertisements. It offers additional - often dynamic - information to those who want it, without causing cognitive overload on the casual viewer. One act of ad viewing allows a viewer to access multiple types of information, increasing the viewer's presence and engagement, and helping him or her retain information by reinforcing what's in the un-augmented ad content.

Not only does AR have a ''novelty factor,'' the technology lends itself to measurement. When advertisers create AR campaigns, they can see how many interactions have taken place, how many people repeated their access to AR content, and on which links they clicked. The opportunity is also there for advertisers to collect information such as email addresses and purchase choices. When AR has a clear call to action (''Click here to check out option packages on our 2014 cars'') and gives ad viewers content that creates a desire for interaction, it represents a tremendous opportunity for advertisers to more closely engage potential buyers.

Perhaps the most obvious way AR benefits publications is by letting them upsell print ads. Regular print ads can be sold as premium AR ads that include extras like social media sharing, digital features, videos, or games. It's a way for existing ad material to be made more layered and rich, giving advertisers a competitive edge, and bringing in higher ad revenues.

Publishers can also use AR to create sponsored editorial content. Bonus AR content can be sponsored by an advertiser and feature, for example, a brief pre-roll ad prior to a video. As increasing numbers of major publishing companies like Rodale, Condé Nast, and Hearst add e-commerce to their publishing activities, AR is a natural choice for their ad content, allowing readers to, for example, scan a page and add an item to their shopping cart. Seventeen magazine, for example, had terrific success with a setup like this.

AR is already here, and continues to grow rapidly. Juniper Research says that by the year 2017, over 2.5 billion AR apps will be downloaded to mobile devices per year. One exciting factor that is expected to come into play is the advancement of wearable technology. Google Glass in particular has created significant buzz in the advertising industry, and as this tech category expands, expect AR to make use of it. AR will succeed best if it makes users' lives easier and more efficient. People aren't inclined to jump through a lot of hoops to access augmented content, but if it's easy to access with a scan of their phone, they've already shown that they're responsive.

Digital publishers who haven't explored the possibilities of AR for their advertisers or for their own content owe it to themselves to learn more. AR may be a promising addition to publishers' revenue generation strategies, along with proven revenue streams like traditional advertising, subscriptions, and custom job boards.

How The New York Times Is Using Multimedia (And You Can, Too)

Does Fake News Hurt the Future of Newspapers?

The year 2016 didn't invent fake news; not even close. It will take a lot…

Just when you thought ads could only evolve in imaginable ways, something different comes along.…