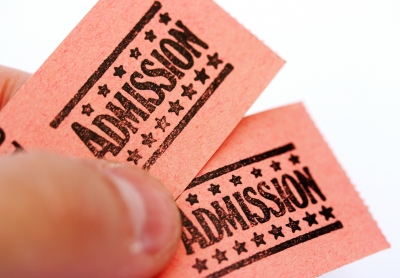 The American web consumer is starting to accept paywalls, and publications are learning some hard lessons from early paywall efforts, successful and unsuccessful.

Although paywalls are more palatable to web users than they were a few years ago, publications cannot simply put up a paywall and expect their reader base to blindly comply with it. When setting up a paywall, it's necessary to avoid these 5 mistakes.

1. A Paywall That Is Too Leaky

The New York Times' paywall is known for being particularly leaky, in that people have numerous options for getting around it like following the paper on Twitter, using multiple browsers, or clearing cookies regularly. Readers used to be able to hurdle the NYT's paywall simply by deleting the part of the URL after "?gwh=" but this loophole was plugged in February. While the Times' paywall is still pretty leaky, they're big enough to get away with allowing a certain amount of free traffic. Most publications are not.

2. A Paywall That is Too Airtight

So-called "hard" paywalls are those that offer little to no content without a paid subscription. Hard paywalls usually only work for powerful publishers with content that really is exclusive, or for those that offer big incentives or premiums along with the subscription. Hard paywalls mean that a publication must be supported by existing readers, with the occasional new subscription. Few publishers can succeed without the online version of word-of-mouth marketing that comes from providing shareable content.

Putting a paywall around content that is easy to find elsewhere is doomed to fail. People are internet-savvy enough to know that if they can't get to a recipe on a site with a paywall, they can almost always find it somewhere else, and Google will help them find it. Rarely are web consumers loyal enough to a publication to pay for their specific take on an event or topic when they know they can find the information they want somewhere else for free.

4. A Paywall With Only One Subscription Option

5. Not Understanding that a Metered Paywall Is a Gamble

Some publishers wrestle with the question of whether a metered paywall or a "freemium" model is better. The metered model is a bigger gamble for the publisher than a freemium setup is. When you give a reader the first 10 articles for free before requiring a subscription, you're taking the gamble that the person liked the first 10 articles enough to put down money on the probability that the 11th article is worth paying for. By basing a paywall on type of content rather than amount, you do two things in your favor: you share quality content that makes readers curious about what's behind the paywall, and you resist alienating visitors by shutting off the content tap. Sure, some readers will only look at the free stuff, but those who stick around will eventually wonder, "With all this great free content, what am I missing out on that's behind the paywall?"

Web publications have much to consider when looking for ways to monetize their sites so that they can continue publishing their content. Generally, multiple monetization streams are preferable. Even the biggest paywalled publications rely on advertising revenue to some extent. Putting up a paywall works if it's done with forethought and a realistic assessment of what readers are likely to pay for. Relying exclusively on a paywall, however, is like tilting at windmills. Readers aren't adversaries, and there are other potential revenue streams, like sponsored content and custom job boards that can work in conjunction with a carefully thought out paywall to bring in the revenue you need.

If you want to learn about recruitment advertising solutions for digital publishers, check out what we're doing for publishers just like you at RealMatch.