The newspaper industry showed incredible disruption in 2016, but it also revealed a wealth of positive momentum. Sometimes, it takes a little disruption to crack the shell and hatch something that's full of promise.

Publishers have begun to grasp the digital-first mentality. More focus is on content, not just branding. Revenue is growing, fake news needs a serious smackdown, and Millennials might just read the news after all.

The gloom and naysayers of the early 21st century have given way to legitimate hope as well as proven results. Here's how the newspaper industry is solving the longstanding problems that have lurked around every corner for the better part of two decades:

#1: Use the Fake News Dialogue to Come Out Ahead

If you spend five minutes using social media each day, you'll see a deluge of posts with the latest outcry: fake news. The problem became brutally apparent during the 2016 presidential election, but now it's an everyday talking point.

Everyone is talking. They're pointing fingers, too. But newspaper publishers have a way through the discord.

Vincent O'Donnell at The Conversation outlines the inner workings of fake news.

John Herrman for the New York Times talks about it at length. False stories don't need facts, just as facts don't necessarily save accurate stories. And he thinks the recent attention on fake news rather misses the point.

"It misunderstands a new media world in which every story, and source, is at risk of being discredited, not by argument but by sheer force."

There is strength in numbers. And it's time for journalists and newspaper publishers to push back.

Some people would happily lump every journalist and mainstream publication in the same vat with the sordid fake news websites. But newspapers can use this issue to rise above it all and solidify their name with integrity.

The unacceptable alternative, he says, is handing over regulatory control over what's real and what's fake to a single CEO of a non-news social media company that's driven by advertisers.

Christiane Amanpour was clearly unnerved by fake news in a recent article for CNN. She says journalism in America requires protection.

"Recommit to robust fact-based reporting without fear nor favor -- on the issues. Don't stand for being labeled crooked or lying or failing. Do stand up together -- for divided we will all fall."

She also says, "We must fight against the normalization of the unacceptable."

"Commit to accuracy above all else," he says. Eventually, the fake news sites will reveal themselves not as real, not as satire, but as a murky area that no one trusts and where only charlatans want to tread. 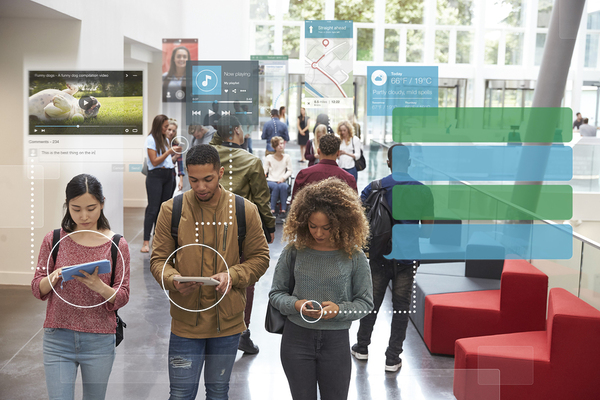 #2: Remember Millennials Are the Future of Newspapers

It's been said that Millennials aren't interested in the news. But without them, the news is quite doomed.

A 2013 Poynter survey predicted a "perilous future" for newspapers if millennial reading habits were to be believed.

But it also revealed a little more. "Younger generations just don't enjoy following news." Maybe the key word is "enjoy." If 58 percent of older generations told Poynter that they "enjoyed following the news a lot," then news readership isn't about duty or discipline. It's about appeal. Aha.

Problem is, some newspapers believed digital access would be the answer. That hasn't proven true just yet. So drilling down a bit more, perhaps the real key is subject matter appeal.

Millennials have a marked interest in the news, says the American Press Institute (API). But they get news in bites. Eighty-eight percent glean stories from Facebook news links, and certain topics matter to them a great deal.

According to API, that could mean most Millennials:

Civic, problem-solving and social reasons make up part of why this generation pays attention. They're not as enamored with social media as once believed, either. API says there's a "growing frustration" with Facebook. Many have cut back on social media, they don't get complete news stories from Facebook (they use it as a launch pad), and reliable sources matter.

News Media Alliance says you can help capture the millennial audience with a few different approaches:

RELATED: How Newspapers Can Survive and Thrive in Their Transition to Digital Publishing

There are still a few stumbling blocks. Although most Millennials have at least one news subscription, NiemanLab says they'd rather pay for a movie than buy a news subscription. Some believe news access should be a right.

Relevance also matters for the future of newspapers, according to API. That's why one editor, Billy Pen's Chris Krewson, tells API that his reporters stick to topics such as rideshare and young community leaders. They "nursing homes and pensions" stories. If you can take a national story and extract something relevant for younger readers, all the better.

There's a love/hate relationship between the newspaper audience and ads. There's plenty of evidence that people really love advertising as long as it's engaging. Disagree? Think about ads that run during the Super Bowl.

Digital publishers have experimented with banner ads, pop-ups, native advertising and a host of other tactics. But still, the readers resist. What's missing? Relevance. And readers go to great lengths to prevent unwanted ad interruptions.

Why do people rely so heavily on ad avoidance if they don't mind them after all? Relevance, or lack thereof. Digital ads shouldn't be a repurposed version of another ad format. But that's what has happened.

David Chavern for News Media Alliance says he'll take the risk and say that "People actually like advertising." Not only does he refer to the biggest pro football game of every year, but also to magazines. They're well over 50 percent ads.

The problem is that the typical approach to digital advertising is like a dish of leftovers that you try to turn into something different. Chavern says:

"Just look at some of the most common ad formats today, and how misplaced they are for the digital environment. A banner ad is just a print ad. Creatively, my grandfather could have written one. 15- and 30-second pre-rolls? Those are just repurposed TV ads."

Digital ads must go back to the drawing board, entirely. Early TV ads were repurposed radio ads read aloud on camera, says Chavern. But eventually, TV figured out what to do with their new technology. And so must you.

Ad revenue is far from dead. People love newspaper ads. But in digital form, they only want ads that feel relevant and complement the user experience instead of standing out as a blatant interruption. Now you have your task: go forth and discover or invent the new digital ad format. Your readers and your revenue are waiting.

Back in 1969, a musical group called the 5th Dimension released a groovy little song that blew away a whole generation of listeners. And people still sing about the age of Aquarius today. What's that got to do with newspaper publishing? Plenty. A new age of publishing has dawned, the era is finding its groove and the sun is beginning to shine on in.

Newspapers have gone through a difficult transition for the past several years. There's been a tug-of-war between print and digital news, ad revenue, platform direction and a host of other issues. But like the birth of any new age, eventually, a path emerges.

The L.A. Times called it back in 2000 when they said, "Newspapers Aren't Dying, They're Just Turning a Page."

Print circulation might still be the breadwinner, but it's sliding downhill. Meanwhile, digital circulation is growing just like so many experts predicted.

The World Association of Newspapers and News Publishers (WAN-IFRA) says the U.S. enjoyed digital circulation revenues over $3 billion last year, an improvement of 30 percent in 2015.

And PWC Global's new entertainment and media outlook for 2016-2020 predicts that digital news publisher ad revenue will leave all other sources in the dust. You can check out an overview of the data for free at MarketingCharts.

The sun is starting to shine in.

Every longstanding industry has growing pains. It's the ones who never give up that make it through to enjoy the next shining era. And that's what the newspaper industry promises.

Old solutions don't necessarily counter next-gen problems no matter how well you repackage them. The ad revenue struggle is proof enough of that. But revenue, which is the biggest issue of them all, is also proof that the industry is getting something right.