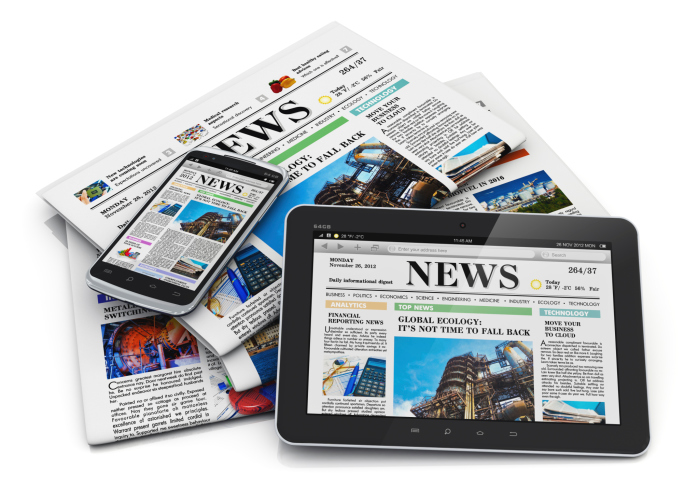 With circulation numbers wildly unpredictable, one surprising trend seems to have emerged in 2012 -- circulation increased, and more people got their news via digital subscriptions than in previous years.

Paywalls, the catchall term for digital subscriptions, come in different forms. Some newspapers bolt the door on all content without a subscription. Others offer some content for free, then require a subscription to access the rest. Still others offer everything free for a time, but block access on subsequent visits without paying for it.

These are just a few ways newspapers use digital subscriptions. It can get pretty creative, especially considering that what appeals to an audience of a community paper Lincoln, Nebraska might not be the same as what a national paper's audience expects or wants.

But if the trend continues like it has, subscriptions might just provide the boost that you've been looking and hoping for.

The Newspaper Association of America explains that in 2012, a combination of print subscriptions, price increases for a single copy, and digital subscriptions helped newspapers experience a measurable increase in circulation for the first time since 2003.

Media giants such as Gannet saw major improvement. In 2012, digital subscriptions accounted for 1/3 of their revenue. Overall, digital circulation appears to help mitigate losses from previous years. Some are even cautiously optimistic about a bounce back, with digital subscriptions making up for print losses. But we're not there yet.

Why Subscriptions are Beginning to Work

There's little reason to dissect all of the whys and hows of the newspaper industry's struggles. Bottom line, digital made things tough on newspapers. Print lost favor over easy-access digital, but Internet users were long accustomed to everything online being free. That was a bad combination. Scores of free news sites, both reputable and not-so-reputable, popped up, and suddenly the news became anyone's game.

Transitions are rarely without conflict. If a reader wanted to see the day's headlines at their favorite newspaper's website but was hit with a subscription requirement, it was all too easy to find another source that was giving news away for free. But that conflict has slowly become an ironic solution.

More and more, Internet users are acclimating to the idea of paying for online content. If it's worth what they're paying, that is -- that's the key, or at least a key. Digital subscriptions are often lower than their print counterparts, and there is the beginning of value. Reputable newspapers with a true interest in providing quality content rounds out the deal.

It has taken some time, but readers are appreciating the difference between paying for content that they trust as opposed to searching out any alternative as long as it's free.

But Will it Work for You?

Subscriptions do work, but you should view statistics with some caution. Media giants can skew statistics for papers with smaller circulation. Gannet might enjoy 1/3 of their revenue from digital circulation, but Gannet is the largest publisher in the country. Their numbers come from scores of papers, while your numbers might only include your own.

That said, most of the digital subscription papers that Gannett owns are community papers. USA Today remained paywall-free in 2012.

The trend worth spotting here is that some audiences are willing to pay for a subscription, and many newspapers with paywalls are finally seeing a gain after years of holding on by their fingernails.

Your paper, and your audience, might be ready for subscriptions. If a full-on paywall that blocks all content seems too extreme, at least for the time being, then there are lots of other ways to use them. The important thing is to provide content that the audience is not just willing, but happy to pay for.

Digital subscriptions are most likely here to stay, at least until the next major revolution. And as audiences across the country become more accustomed to paying for digital copies, the same as they paid for printed news in the past, the transition to digital won't feel as foreign.

You're the only one who can determine whether subscriptions for digital content will take off for your newspaper. You know your audience, and what appeals to them. If they like what they see -- if your content is relevant to them -- you're on your way to testing the waters. And if a total paywall isn't the answer, perhaps a partial one will bring in revenue and help drive up circulation.

By the time the end of 2014 rolls around, your revenue and circulation numbers might very well thank you. Ad revenue isn't the same driving force that it used to be. But subscriptions are making up some of the difference for other publications. Yours could be the next.

Local or Vertical: How Should I Brand My Job Board?

In November 2015, RealMatch hosted a webinar with The Job Board Doctor called 'Use Brand…

Uncover What Your Job Board Could Be With RealMatch [INFOGRAPHIC]