News consumers have a renewed skepticism and are watching newspapers and all news media outlets with extreme scrutiny. That makes today the perfect time for journalists and newspaper publishers to prove their worth.

Public perception of journalistic integrity isn't at an all-time low, but it's a far cry from the post-Watergate era when public opinion soared. There's an enemy, and its name is Fake News. Fortunately, the weapons to defeat this scoundrel are already in every reporter's toolkit.

Remember that 18 agonizing minutes passed between the time Walter Cronkite learned about the Kennedy assassination and when he was convinced that his sources were authentic. He wouldn't report on it without facts. There's a reason his moniker was The Most Trusted Man in America.

Americans generally hold their own fact-checking prowess in high esteem while questioning that of others. According to a Pew Research Center survey, only 9 percent of people lacked confidence in their own ability to spot fake news, but 43 percent believe ''the public'' is responsible for spreading false stories.

Facts are imperative in this confusing, Fake News era where almost any story seems to be accepted by one polarized side or the other as long as it supports a certain narrative.

They're not a cure-all by any means, but authenticity, whether good or bad, has always been the backbone of integrity-focused reporting. The people who care will fact check. Journalists should strive to be the one who's found out right, not always the one who broke a story first.

A funny thing happened on the way to the ad revenue bank in recent months. Publications renowned for fake news stories, but that touted themselves as real news, lost advertisers in droves. That could be a boon for news publishers that rise above.

According to Jack Marshall for the Wall Street Journal, the head of the Interactive Advertising Bureau, Randall Rothenberg, has issued a warning to advertisers: watch your ad buys and get out of a questionable arrangement.

Marshall explains that in late 2016, major ad brands such as Choice Hotels and Bose Corp. realized they were inadvertently helping support the spread of Fake News. The arrangements netted revenue in the tens of thousands of dollars, at least until they pulled their support and took their ad budgets elsewhere.

"You want a media brand with decades of experience in chasing stories to put their name behind the publication, and you want that company to believe in publishing the actual sources of their reporting, whether it's people, data or documents.''

He goes on to say that the best ad buys are with media companies that are ''willing to defend sources'' and have an open dialogue with readers, and who aren't afraid of making a correction. Does that sound like your newspaper? 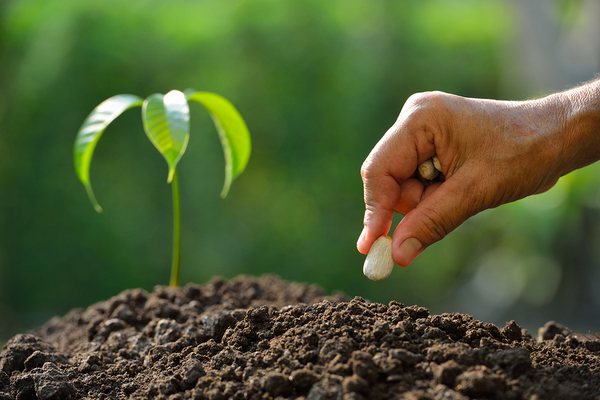 The seeds of integrity sown today will bear fruit tomorrow and years into the future.

Journalists Should Fight the Good Fight

According to Washington Post columnist, Margaret Sullivan, newspapers have played an undeniable role in the drop in public perception and trust of the media. That stings, but it rings at least partly true.

Sullivan explains in the current climate where the media is a punching bag and media confidence is low, ''we need to get it back.''

Watchdog reporting tends to rank high in public approval, but nearly as many people think there's an abundance of bias in the media. Problem is, the country is so divided that one side or the other will usually lodge a bias complaint if there's any analysis at all.

It's a conundrum, but Sullivan says ''by holding government accountable, emphasizing accuracy and standing firm for factual reality, we can regain some of what's lost.

Legendary journalist, Christiane Amanpour, summed up the path toward integrity in her 2016 Burton Benjamin Memorial Award acceptance speech, covered by The New York Times Live. She stressed that reporters must ''recommit to robust fact-based reporting without fear or favor to protect journalism itself.''

Social media can help combat fake news. Facebook, for example, recently went live with a fake new flag option. With enough flags, a story might be pulled, interfering with its spread through the social giant. Every little step in the right direction helps. Newspapers and the journalists who write for them can also get involved with readers through social media, building a rapport, which helps breed trust.

It's a difficult time for newspaper integrity, but it's also filled with opportunity. Newspaper critics have their eye on reporters and the publications they call home. Use the attention to stand out as an authoritative voice that settles for nothing less than the truth, even if it stings.

Want to learn more about ethics in journalism and building a stronger, more profitable newspaper? Subscribe to Recruitment ADvisor and we'll deliver fresh content to your inbox.