Journalists and salespeople have a longstanding, if whispered about, grudge. And the lack of cooperation that stems from the separate mentality can stop innovation in its tracks.

The tribe mindset is a normal byproduct of groups working closely together. Sales is likely a tribe. Reporters are, too. And while it's a natural effect, it can drive a wedge that pushes them farther apart. It might seem that destiny has pitted business and the newsroom against each other from the outset, but there is a balance in between where tribes can keep their identity without getting in the way of their own progress.

Journalists and Salespeople: Us Versus Them

All aspects of legacy media suffer from the same lack of cooperation. Radio, television and newspapers - none are immune to it. It's so ingrained that it's become part of the culture. It's us versus them. Journalists versus salespeople. Newsroom versus business.

This division steps on its own foot. In the name of preserving a sort of power in the establishment, even the greatest ideas get no press. Business says that the newsroom refuses to innovate. And NRC Media director of marketing and data, Xavier van Leeuwe, says at INMA that the newsroom views business as "the dark side." At their worst, both sides contribute. The newsroom can halt progress, and business can hit the newsroom where it hurts most - jobs and pay.

At first glance, cooperation seems easy enough to achieve. All that you need is to eliminate the tribes. But that won't work. First, the people in each group work together on a daily basis. And second, tribes aren't a bad thing at all. They're a healthy part of the company personality.

"It's hard to overstate the importance of tribes to the functioning of any organization," say Jeff Sonderman and Tom Rosenstiel for American Press Institute. In their research, they found that tribes are the generators of "creative energy, motivation, support, learning, enjoyment, companionship and problem solving." Take away the camaraderie, and the organization loses what makes it special. 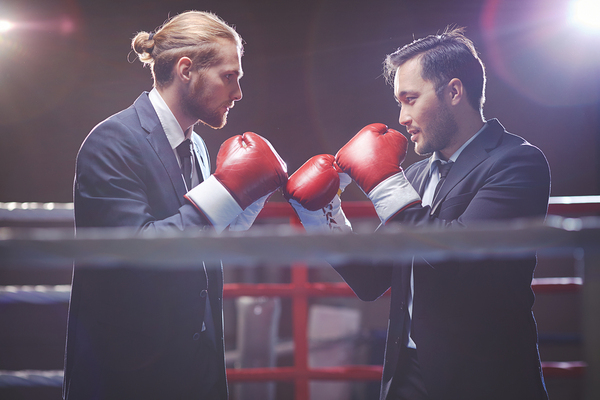 How We Fix It

The conundrum is keeping the vibrancy of the tribes while disrupting the interference that they cause. It's a tough nut to crack. Break them apart and force integration, and the whole company will probably suffer, say Sonderman and Rosenstiel. But at the same time, left to their own devices, every day at work becomes a contest.

While each group exists for a valid reason, cooperation is the only way to encourage innovation. Take the first step with a shared mission and develop a common ground. Then move toward shared projects. When people between tribes work together and see solid results, they're drawn together as a matter of course.

Leeuwe has a dream that many in legacy media likely share. He envisions a day when there's a brotherhood throughout the whole news organization.

People who work side-by-side and share a vision will naturally be drawn together. But when the company celebrates those tribes and at the same time helps weave a common thread of partnerships throughout the organization, maybe arch enemies will come to a mutual understanding. And then maybe innovation will thrive.

If that's your common goal as well, subscribe to Recruitment ADvisor. We'll deliver relevant articles right to your inbox.