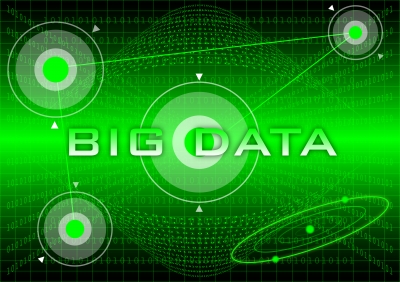 If you're "seasoned" enough, you may remember how television was going to be the death of books and reading. More recently, e-books were supposed to make print books go away. Television was supposed to kill the radio star, and home video was supposed to off movie theaters...and yet we still have all these media formats.

The death of print newspapers has been predicted for awhile now, and there's no question that the industry has suffered tremendously under a mobile digital transformation that occurred at roughly the same time as the worst economic recession since the 1930s. But print papers aren't dead yet, and investor / oracle Warren Buffett's Berkshire Hathaway has acquired 28 dailies in the past two years. Buffett isn't exactly known for investing based on sentimentality. Here are 5 reasons why print newspapers will survive.

Many smaller community newspapers are printed once or twice a week, and they're still unbeatable for capturing the spirit of a community. From local business openings to Little League scores, community papers give local readers exactly what they want: Information on what's going on in their immediate surroundings, which is information that's not as easy to come by on the internet. It may be 2013, but if you want to find out whose heifer won the blue ribbon at the county fair, the local print newspaper is still your go-to source in many areas.

Print newspapers are embracing the web and mobile devices. While papers may still put out print editions, their focus has shifted from getting 18 column inches on a new local ordinance to creating content that is then packaged for multiple platforms. Rather than thinking of themselves as being in the print industry, as they were a decade ago, they now consider themselves as part of the overall media industry. Some of the changes in recent years have been painful, but necessary, and papers are adapting.

3. They Are Mining Online Demographic Data to their Advantage

Advertisers use the internet to understand their customers better. Newspapers are starting to see the value in mining demographic data, too. As customers interact with their product on newspaper websites and social media, newspapers can keep a finger on the pulse of their readers' lives and learn what's important to them. This allows newspapers to package content for the way readers consume it. Extensive knowledge of their reader demographics also allows newspapers to make their case to advertisers, which still are an important revenue stream for papers.

4. The Industry Is Gradually Figuring Out Paywalls

Paywalls are still new, and have involved a fair amount of trial and error. However, the industry is in the process of working out the kinks and implementing paywalls that are increasingly accepted by consumers. Many other nuances of successful paywall implementation are yet to be worked out, but newspapers are starting to see signs of successful implementation and are learning from their own past paywall mistakes and the mistakes of others.

5. Print Will Be Seen As a Valued Extra

Industry analysts like Outsell Inc. analyst Ken Doctor see print becoming more of a valued extra than the underlying platform it has been for generations: ''By 2020, we'll be used to a few days a week of print, or maybe just 'the Sunday paper,' and wonder why we chopped down whole forests; didn't we always have these tablets?'' Sentimental attachment to special print editions, like those following historical events or presidential elections, will probably take years to die out completely.

Digital news delivery is rapidly becoming the standard, but that doesn't mean that print is dead. Other platforms that were supposed to be obliterated by technological progress, like radio, cinema, and printed books, are still around and still popular. Print journalism is definitely changing, but it is likely to continue to have an important place in the American experience for a long time to come.

Digital publishers may still offer print products, though their bread-and-butter content is delivered online. Developing revenue streams, particularly after a transition from print to web, is a big undertaking and necessary for survival and success. RealMatch offers recruitment advertising solutions for media companies and digital publishers as a promising revenue stream for online media exploring revenue development, and invites you to check out these exciting monetization methods.