The industry is buzzing about changes that might be in store for the journalists in particular and the news media in general. The "Fake News" alarm is sounded without discretion, and news consumers are confused about what it means.

Yours can be a clear voice above the din.

Some pundits say journalists should have fewer freedoms. Legendary journalists, however, have a calmer tone. Everyone should hold fast and weather the current storm. It's not the first, and it probably won't be the last time newspapers and the people who write them have been called onto the carpet with an accusation that simply isn't true.

If you think Fake News is something new, think again. Salacious sells, and it nearly always has. There was a time when ridiculous stories stood out as such and so did the publishers who ran them. But now, who knows?

According to Robert G. Parkinson, Binghamton University Professor, in the Washington Post:

''In 1769, John Adams gleefully wrote in his diary about spending the evening occupied with 'a curious employment. Cooking up Paragraphs, Articles, Occurrences etc. - working the political Engine!' Adams, along with his cousin Sam and a handful of other Boston patriots, were planting false and exaggerated stories meant to undermine royal authority in Massachusetts."

Pew Research Center says ''49 percent of Americans reported seeing news on social media.'' Extrapolate that half of Americans get their news from social media, and you can see how rumors are born and authentic research is used to back them up.

In fact, every major newspaper publisher has an active Facebook account. Twitter, too, for that matter. If a person uses social media, chances are they see news on social media. However, that doesn't mean the story is phony, and it certainly doesn't mean social media users only get news from Facebook.

Social can be a powerful tool for good as well as evil. Just as false stories can spread like wildfire, so can provable, verifiable news. The key is being as persistent with social as those who live to spread rumors over the gossipy Internet clothesline.

Intense Scrutiny is Generously Applied, at Least to the Other Guy

One of the most damaging reactions to the Fake News controversy is that widespread distrust is news in itself. It's also a bright spot in the mess.

Scrutiny, even intensely applied, is a good thing. It helps keep journalists on their toes. As your grandmother or great grandmother might have said, ''When people are looking, it keeps you honest.''

On the downside, scrutiny is almost always spread like a thick, gooey icing over the opposing party's cake. Worse, some people spend a generous amount of time publicly claiming on social media that the journalist has lost their marbles.

Confirmation bias is inherent to some degree, and it creates an atmosphere where everything that an opponent says is automatically suspicious. On the other hand, stories that support a person's world view get virtually no scrutiny at all.

Think about how easy it is to share a social media post that makes your point for you. If you've shared a post without fact checking, chances are, confirmation bias played a role. That's how it works.

Journalists are routinely hammered on social media by people who oppose their political slant. Posts are shared with a ''Fake News!'' tag. How do you fight against such blatant mockery and direct attacks on integrity? By rising above.

Some people will never be convinced by facts. But if sources are stone-solid, those who fact check won't have a reason to jump on the bandwagon.

Despite Social Media Claims, Many Subscriptions are Up

Tech Crunch says, ''So much for the death of the newspaper industry.''

If you spend five minutes on Twitter, you'll probably see a Tweet about failing news organizations. On the contrary, subscriptions are up. In some cases, they're soaring.

Neiman Lab reports that on election night, ProPublica donations skyrocketed and subscriptions to the Times and The Washington Post enjoyed a healthy bump.

''At The Atlantic, the rate of new post-election subscriptions is up 160 percent, while the percentage of visitors to The Atlantic's website who also purchased a subscription has also doubled.'' - Neiman Lab

Other publishers that have enjoyed a boost, including Mother Jones with 10 times its usual donations and Guardian U.S. with ''9-to-25 percent higher sign-ups,'' says Neiman Lab

Tech Crunch admits that the current political climate is one reason for the current subscription boost. People love a great story, the more controversial the better. However, paid subscriptions shine a little brighter now that some outdated online ad models have fallen so far out of favor.

Intrusive pop-up ads are more likely to meet their fate at the hands of an ad blocker than they are to meet their audience. With a newspaper subscription, there's nothing to interfere with the online experience. Pop-ups become a non-issue.

More subscriptions spell great news for publishers and the advertisers who make the cut. Readers routinely embrace ads with value. With a larger readership, advertisers have a sound reason to invest.

The Future is Uncertain for Journalistic Freedom

Virtually everywhere you look, you'll find musings on the direction journalistic freedom is headed in America. As of now, there is no legislation that prohibits or impairs freedom of the press. But many newspaper publishers and journalists wonder if it's on the horizon.

Perhaps one of the biggest steps in that direction is the recent barring of prominent journalists representing legacy media outlets from White House press briefings. White House Press Secretary Sean Spicer publicly stated they intend to ''aggressively push back'' against what they claim are false stories about the current administration.

It's a divided, he said/she said affair, with each side claiming that the other is rife with Fake News.

Certain media outlets routinely publish unsubstantiated claims and strive for heavy social media shares. Legacy media publishers, on the other hand, usually back up claims with verifiable facts. Unfortunately, it's hard to verify a fact if the opposition believes the integrity of the authority into question.

There is hope, however. The New York Times explains that a freelance journalist recently brought a civil suit against the NYPD for revoking his press credentials. More important, he won a preliminary ruling.

Judge J. Paul Oetken decided that the police department ''may have violated the First Amendment by revoking the press credentials of the journalist, Jason B. Nicholas,'' according to the Times.

''If you exclude reporters from briefings that they otherwise have a right to attend because you don't like their reporting, then you have engaged in viewpoint discrimination.'' - Judge Oetken

Opposition to the press isn't the core issue. It's the ''daily denigration of the press as the enemy of the American people'' that can cause real harm, First Amendment lawyer, Floyd Abrams, tells the Times. But Stanford law professor, Michael W. McConnell, thinks news organizations should use the criticisms as an opportunity to rise above and prove their worth. 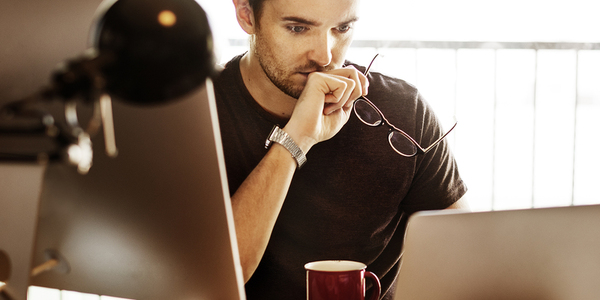 Publishing Teams Can Build Integrity Together

From adversity springs opportunity. If the current climate is a thorn in the side, use that uncomfortable situation to build integrity as a publisher-wide team. Marketing, advertising, editorial; indeed the entire staff can continue to work independently, or together toward a common goal.

Inadvertently sharing a false story on social media can resonate for days, weeks or longer. Whether the story was written in-house or by another news publisher, check facts and then check them again. BBC says human eyes are best equipped for the job.

If there's an error, own it. No one is perfect. Sources aren't always forthcoming. Back checkers aren't always thorough. If a false story makes it past the masthead and into the digital space, admit the mistake and retract it.

Steven J. Stowell Ph.D. says at Leading on Purpose that failing to admit a mistake is an immediate credibility hit. Leaders lose respect, and you can bet that the opposition will never let you forget it.

Leaders who admit mistakes have credibility on their side. It shows responsibility and, as Stowell, explains, it ''cultivates trust and transparency.'' Admitting a mistake makes people feel more secure because they trust the person in authority. What better position to be in as a newspaper publisher than one that reassures people with the truth? Journalistic integrity trumps the elephant in the room now and for good.

These are uncertain times for newspapers, but there's more hype than reality to what's happening in the industry. Fake news really is a "thing," and it can spread like wildfire. But it's not poised to ruin the industry anytime soon, not as long as there's a strong, reliable voice that speaks the truth.

Journalists may have restrictions in the coming months or years. However, unless new legislation is passed, the law is on your side. Working as a unified front against the current climate, newspaper publishers can defeat this and any other enemy that charges the gate.

Subscribe to Recruitment ADvisor and get relevant news delivered right to your inbox.

Why We Love the Future of Newspapers (And You Should Too)

Raise your hand if you're tired of hearing about the slow, agonizing death of newspapers.…

How One French Newspaper is Targeting Ad Blocking

It's not a pleasant thought, but sacrificing some advertising revenue could give newspapers the whitelisted…

Newspapers Feasting on Each Other to Survive

Like a giant game of Pac-Man, bigger newspapers around the country are gobbling up smaller…