The year 2016 didn't invent fake news; not even close. It will take a lot more than a firestorm of social media shares to bring down newspapers and writers with integrity.

Most people have been taken in by at least one fabricated story. Now that it's a trending topic and key phrase, it's also a pervasive defense against every story that doesn't support a given person or philosophy, regardless of the source. But legitimate news outlets and writers are the keys to putting fakers in their place.

Fake News Has a Long and Interesting History

Some of America's founding fathers were guilty of penning wildly false stories long before fake news writer, Paul Horner, repeatedly duped the public in 2016 for giggles and cash. Fake news is easier to spread now, but it's always had the power to influence the masses.

John Adams once spent his time "cooking up paragraphs, articles, occurrences etc. - working the political engine!" And Benjamin Franklin's hoax, "Supplement to the Boston Independent Chronicle" was perfectly constructed, down to its typography and fake advertisements.

Fake news tells people what they want to hear, even if it's unsettling. Sometimes, especially if it's unsettling. One of Horner's most famous fake stories, says The Washington Post, claimed that the DNC paid people to protest Donald Trump's campaign rallies.

Horner has since repeatedly said he made it all up. But he laughed all the way to the bank, at least if his claims about ad revenue from his click-bait stories is true.

People Have a Love/Hate Relationship with Fake News

Whether or not a person believes fake news stories, they've got staggering drawing power. Buzzfeed shows a steep uptick in social media stats for fake news.

Alongside those numbers is a sharp decline in social media shares, reactions and comments on some of the top legitimate news stories between February and November. By Election Day, fake stories outperformed real news by well over a million engagements.

In reaction to the fake news issue, Facebook began fleshing out hoax reporting and third-party fact-checking options for stories shared on the social media platform.

That's potentially good for social media and newspaper publishers. But some worry that the fact checkers will also be biased, which could worsen the problem. 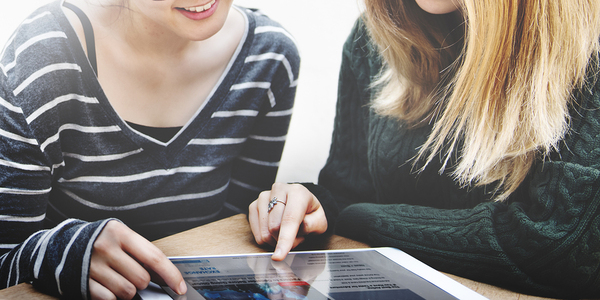 Newspapers Can Fight and Win

It's tempting to wage righteous, verbal war against a faux news story as well as the people who share it. But taking the high road means stepping out of that arena and recommitting to journalistic integrity above everything else. That's what David Chavern for News Media Alliance says. And he's not alone in that opinion.

Whatever measures social media ultimately puts in place for reporting fake news could dilute its effect in time. It's no fun to share a post that's prominently labeled as a disputed story. But the onus is on reporters and newspaper publishers to support the industry from the inside out with excellence.

Chavern says there are four ways to help the industry get a grip on fakers:

Christiane Amanpour believes the only way to preserve the good name of newspapers and reporters is to hold firm to facts. She tells NPR that she fears for the safety of journalists and the future of the industry, in light of recent threats. She also says, "I stick very strongly to telling the truth in an increasing swelter of lies and misinformation and disinformation."

Concerned about the newspaper industry and what the current climate means for the future? Subscribe to Recruitment ADvisor today and keep your finger on the pulse.

The old song says, ''What a difference a day makes.'' Imagine what 10 years can…