July 2016's jobs report by the Bureau of Labor Statistics (BLS) shows better results than it has in quite a while. After a bit of cautious optimism in recent months, this report might indicate that it's not a fluke; hiring really is on an upward trend, at least for now.

"Total nonfarm payroll employment rose by 255,000 in July," according to the BLS. In fact, nearly every employment sector in the U.S. enjoyed a bump last month, with the predictable exception of mining. And unlike last month, the Conference Board's Online Labor Demand report appears to be in agreement.

The BLS report's significant gains were accompanied by an unemployment rate of 4.9 percent, which hadn't changed from June. Business Insider takes an upbeat view of those findings, especially after factoring in the additional 5,000 jobs that weren't included in the June report, which makes June look even stronger.

"And so the July jobs report marks a second straight month of strong job gains and should put away recent concerns about a hiring slowdown in the economy." 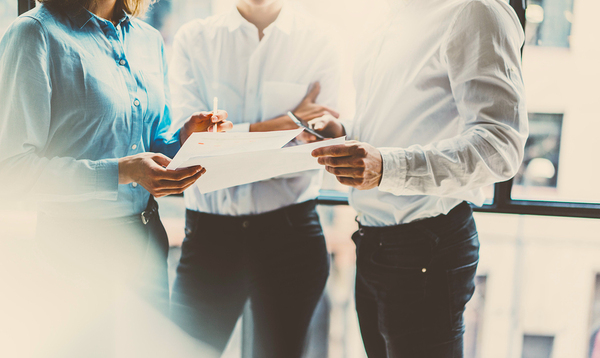 Online job posting data more closely reflects how and where hiring teams are choosing to hire.

July saw an increase of 156,800 online job ads from June. That brought the total up to 4,814,300 advertised vacancies. The Conference Board North America Chief Economist, Gad Levanon, commented on the good news but tossed in a modicum of caution.

"The first half of 2016 has shown a substantial drop in the level of online advertised vacancies. July's gain is a positive sign. However, recovery from earlier losses will require continued improvements throughout the rest of 2016."

In line with the BLS report, nearly every employment sector saw improvement. Conference Board says the strongest category was Healthcare. At the lower end of the scale was Office Administration.

Which Sectors Experienced the Most Improvement

July's gains were enough to "offset much of June's losses," says HWOL. Last month, increases rippled throughout almost every industry. Here's how some of the better ones stacked up:

Major metro areas throughout the country also experienced a bit of a boom. Only one - Atlanta - had a downturn, with a change of -2,600. Overall, the West, South, Northeast and Midwest regions were up.

Not every industry had glowing numbers. For example, the BLS report showed construction, manufacturing, wholesale trade, retail trade and information holding steady with no significant shift up or down. Mining fell, as predicted, losing 6,000 more jobs in July.

The Conference Board says that during the month of July, each of the 10 largest online job categories posted more jobs. Corporate Communications Manager, Carol Courter, said in a press release, "With corporate profits and business investment turning negative in recent quarters, one of the main questions related to the US economy is whether employers will slow down hiring. July's strong job growth, on top of the strong gain in June, suggests that so far the answer is no."

Each month, the latest in hiring trends can be right at your fingertips. We publish an analysis of what the experts say about employment overall and what's happening in online job postings.

Social media is becoming more and more important in recruiting, and no one knows that…

Newsroom Jobs are Becoming Harder to Fill for Public Media