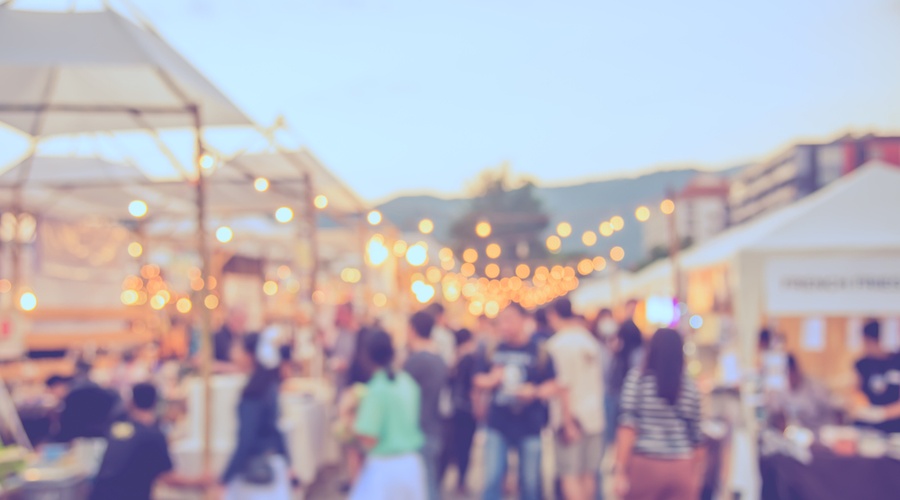 A music festival in the Bahamas, with all the rich and beautiful influencers … what could sound like more of a dream? In April 2017, we were about to find out—though most of us, with a less Kardashian- level of luxury in our lives, were merely social media gawkers. As the weekend music festival approached and then hit the iceberg of its poorly planned reality, its failings became painfully clear. Many of the promised "Beautiful People" never showed up. The facilities were nowhere near ready. And this cheese “sandwich” would haunt foodie dreams forever. “Fyre Festival” became a byword for “trainwreck,” and some of its organizers were later charged with criminal fraud for failing customers (who’d shelled out thousands of dollars to be there) so hard and so blatantly.

It may not seem, on the surface, that Fyre Festival’s master class in “how not to plan an event” has much to do with recruiting. But there are a number of organizational lessons here that we can use as employer branding and recruiting best practices.

When hiring, it’s natural to want to brand your company as the best. A all, you’re competing with other companies for the best potential employees. Rather than turn to hype and over-inflate what your organization has, look for the things that are legitimately unique or awesome about your company and play those up in your recruiting materials and job ads. If your applicants are expecting a five-star meal and instead get that sad, raw slice of cheese on stale bread, then you’ll lose out on good talent. Either people will be hesitant to accept a job offer, or they'll start on day one with a vibe that you're untrustworthy.

One of Fyre’s many flaws was that there was no actual plan to accommodate the promises made. Whether intentional or not, it can be a huge problem for your organization if you want to increase your outreach or improve your metrics, but don’t really have the resources to support that.

Related:  How to Celebrate Earth Day 2020 in Quarantine

Whether it’s implementing an AI solution to track and manage your recruiting and hiring, or making sure you have dedicated staff to support each step of the process, getting the backbone in place for your plan is essential. It may require rethinking budgets or getting additional buy-in, but that extra planning and implementation step will save you from costly gaps.

Once an unfortunate hashtag or post starts circulating on social media, it’s impossible to undo. You go straight into damage control mode. If you want to make sure your employer brand stays solid, it’s important to understand what’s being said about your compan, whether in traditional media or social media.

At the same time, you want your social media brand to be supported by your corporate website, your reputation on sites like Glassdoor, and every bit of public-facing information. Social media buzz means very little if there aren’t other measures waiting to draw in potential hires.

A Strategy Is Only As Good As Its Results

In some ways, Fyre Festival was successful—at least before it happened. The organizers were able to build hype within the target demographic and sell expensive tickets and housing ahead of the event. But that success stopped mattering the second things went south. Your recruiting strategy should be realistic, driven by measures that will show concrete metrics moving in the right direction. Strategizing is not a perfect science, of course, and there will always be variables that could detract from the official success metrics. However, if your strategy is vague and you essentially let it fly without solid plans in place to support it, you could be setting yourself up for a mini-Fyre.

Most marketing outcomes aren’t as ludicrous or as blatant as the Fyre Festival. Still, even in its cartoonish glory, you can find real-life, actionable lessons from it that will help you make better recruiting decisions.

Sheryl Posnick is an editor and writer living in Brooklyn, NY. She is the founder and president of Red Letter Content, an editorial company with a focus on educational, test preparation, and career readiness materials.

The U.S. jobs growth falls short of estimates as this week's August jobs report has…

The U.S. Department of Labor has released the final jobs report of 2019. December's employment…

How Personalized Perks Benefit Both Employee and Company Life

Today’s job market is not like it used to be. In addition to the wave…