One of the most important initiatives for any organization right now is hiring for diversity and inclusion. It’s great to have a plan for bringing in people from an array of cultures and perspectives, but getting the right plan in place can be challenging for a business of any size. If you’re looking to step up your diversity recruitment and hiring, it’s important to be aware of some common hurdles and mistakes.

One of the biggest mistakes in recruiting for diversity is one that you probably don’t even realize you’re making—having an unconscious biased for or against someone based on perceived characteristics. Few people set out to be biased in their hiring and most people would never think that they would exclude a candidate based on things like a name, perceived culture, or socioeconomic background. Still, studies have shown that something as simple as a name on a resume can unintentionally prompt bias, even if the reader doesn’t think about it consciously.

The best way to combat unconscious bias is to educate everyone in your organization about it. Educate your staff about what unconscious bias is and how to spot it. Review your job descriptions: Do they contain language that might exclude good candidates because they don’t feel like they would fit in? Use inclusive language whenever possible. And you should do everything you can to standardize your hiring process—create checklists and very clear criteria upfront for interviews so that there’s less chance for people to insert personal biases.

When hiring for entry-level positions many companies set a minimum GPA requirement, under the assumption that good grades mean high quality candidates. Not so fast—you could be excluding qualified candidates with a less straightforward academic history. Studies have shown that kids who come from lower-income backgrounds tend to have lower GPAs than their peers and often need to work their way through college, which can affect their grades. Data has also shown that GPA isn’t a very reliable indicator of actual job performance, so it’s time to stop using that as an arbitrary barrier to entry. Instead, look at the work someone has done and other credentials or achievements that may not be a neat number, but rather actually show the quality of their work.

Related:  How Less Can Be More: Recruitment Budget Planning for 2021

When it comes to interviews, be as flexible as possible. When feasible (and safe, from a public health standpoint), accommodate in-person interviews. Offer alternatives. And in all cases, provide detailed information about how all candidates can access the right software and tools to interview virtually. Tech can be such an efficiency booster when it comes to diversity recruitment, but if it’s excluding people from the process altogether it’s not as helpful as it seems.

Internships are a great way for someone to build experience in their field. They’re also a luxury and suited for people who have other means of support and don’t necessarily need to have a paying job to make ends meet. People who worked their way through school or who come from a background where they don’t have a financial safety net may have to take a pass on your company altogether because they can’t afford to work for free. To build a strong diversity recruitment plan, you should consider paying all of your interns.

Paid internships not only make your company more competitive, but they also bring in a wealth of candidates who can offer a bigger variety of backgrounds and perspectives.

5. Judging People by Where They Went to School

Like GPA, a school name can be an easy assumption about the quality of a person’s skills and experience. But also like GPA, it can be pretty arbitrary. Just because someone got in to a particular school (or could afford it) doesn’t mean they are a better candidate for your job. And now, especially with more people than ever turning to online or community colleges to build their education while they work or attend to family obligations, it’s essential to look past a school brand and at the person individually.

Being more inclusive in your hiring and diversity recruitment strategies starts with mindfulness. Instead of relying on “how it’s always been done” or going for ruthless, technical efficiency, take a more holistic approach. Think about how to attract people from a variety of backgrounds. Think about whether your usual recruitment avenues are getting you the same kinds of people over and over. The more thought you put into it now, the easier it will be to keep your team dynamic and diverse in the future.

Kate Lopaze is a writer, editor, and digital publishing professional based in New York City. A graduate of the University of Connecticut and Emerson College with degrees in English and publishing, she is passionate about books, baseball, and pop culture (though not necessarily in that order), and lives in Brooklyn with her dog.

Dimensions of Diversity and Their Benefits [Infographic]

We talk a lot about the "dimensions of diversity" but what exactly does that mean?…

Supplementing Your Talent Strategy with Automation

Despite unprecedented levels of volatility in today’s work world, the primary goal of companies across… 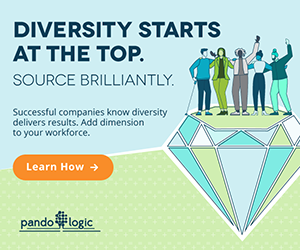